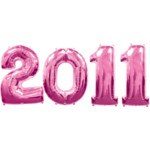 It is Boxing Day, 2011… aka December 26th.  I write this post as I have been asked to write a little recap of the year that has just passed.  Oh, and what a year it has been, I hear you say.  A veritable boxing match.

By all accounts, we were very busy having to keep up with the accelerating rate of change.  What strikes me about the year that we have just lived is that really it was quite unremarkable in certain regards.  Sure, geopolitically, we had the flare up in the Koreas, the mysterious death of Bin Laden (only to be replaced, in a surprise move, by Dawood Ibrahim, the “most dangerous man in the world” as described by Gilbert King in his premonitory book), and the violent wave of demonstrations across the US on the heals of the successful terrorist attack that finally punctured the homeland security. Sadly, 2011 saw a continuation of high numbers of natural catastrophes that peppered 2010.

The Cote d’Ivoire civil war did not attract the Twitterati’s attention, unlike the assassination attempt of Ahmadinejad or the tragic passing of the Queen, right after Prince William’s wedding.  There was the near collapse of the Euro as the Germans narrowly voted in a referendum to keep the beleaguered currency in the wake of the second bailout of Greece.  There was also  the victory of New Zealand in the 2011 Rugby World Cup (in a repeat performance of 1987 when they were last hosts) and the surprise victory of the Chinese in the Women’s Soccer (aka football) World Cup.  The paradox of 2011 was that we all felt like it was a super busy year and, yet, objectively speaking, it was a rather staid year.  Why do we feel this way despite the ho-hum year?  Very simply put, the human being likes to prove Cyril Parkinson right.  We get busy doing nothing.  As Parkinson wrote humorously, and so justly in his 1955 Economist article, in what has now become known as Parkinson’s Law: “Work expands so as to fill the time available for its completion.“  And with the ongoing barrage of information overflow, the manic competition for the limited purse strings and the burgeoning malady of the decade (which I define as ineffective prioritization), we run from [multi-]task to [multi-]task and consider ourselves fully (if aimlessly) occupied.

Digital Marketing in 2011 – Driving all the Growth

But, as we all know, the big news of the year came from the sale of 51% of Facebook to Microsoft just as the growth of its membership was beginning to plateau at 700 million.  Whether it was the joint venture with Nokia to create F.A.M.O.S. (the Facebook Mobile Operating System), the agreement with Sina.com to help Facebook enter China (where Nokia also has a strong mobile market share), the FTV project (FacebookTV) or the launch of the Facebook Café concept (a real world competitor to Starbucks) that propelled the Facebook valuation to such heights, Microsoft’s deep pockets and their propensity to make strategic large scale acquisitions provided the only logical solution.  Moreover, with ex-Microsoft Stephen Elop as CEO of Nokia, the relationship was more like a three-way union.  Rumors about Apple buying Facebook fizzled out with the much ballyhooed spat between Jobs and Zuckerberg that erupted in the early months of 2011.  With the per pop (per member) valuation of $107*, the entire stock market took renewed hope that digital social clubs would stimulate the stagnant world economy.  At $107/pop — what could be considered a farcical discount to cable and cellular phone valuations — many people still applauded the deal as a virtual steal.  Of course, at a $75 billion valuation, the price was quite heady, well outpacing even the ‘optimistic’ $50-60B numbers bandied about 12 months ago.  Turning the Facebook members into annuities, aka constant revenue streams, akin to the cable or cellphone model was hardly a realistic speck on the forecast screen at the end of 2010.  Anyway, who would have thought that Ballmer would have allowed Zuckerberg to be co-CEO?

The evolution of the Community Manager role

The scurry of hirings of “Community Managers” that we saw in 2010 moved to hirings for far more segmented, targeted roles such as the CRM manager, SEO and SEM managers, the eMail Manager, The Employee Advocate Manager (TEAM) and a few sub-specialties such as the Facebook, Twitter and YouTube manager.  Marketers underwent the all-but-obvious tsunami that they had coming to them and we saw a sorting of the wheat from the chaff of those that “get it” and those that don’t.  In a corollary movement, IT departments started to hire TMs (TechnoMarketers) to help bring closer bonds between technology and marketing.

More and more companies finally cottoned on to the fact that customer service is the name of the game for modern marketers.  In 2011, customer service managers were one of the roles whose average pay soared.  For the truly customer centric organizations, if you think about it, it makes perfect sense that customer service become the new sweet spot for marketing.  The CS department is the only one to have the word “customer” in it.  Moreover, instead of worrying about creating the perfect product, these companies put special emphasis on the all-around experience and the service accompanying the product purchase.

Looking ahead to 2012, a year that is going to be much more explosive on the geopolitical front with the US, Russian, Chinese and French Presidential elections, the Summer Olympics in London, and the World Expo in South Korea, we are going to have to see how Apple and Google react to the MSFB merger.  What’s going to be the next “Twitter” phenomenon?  I am going to go out on a limb and say that CuratioNews.com [the URL wasn’t even taken as of the end of 2010] will be the big hit of the year.  As with initiatives like Scoop.it and Newsy.com, different sites are piercing through the noise to help filter and organize the torrid inflow of information.  The kicker behind CuratioNews is the combination of an elite squad of old school “name brand” editors along with the “Genius Connect” which operates much like a cross between iTunes’ Genius Bar and Facebook Connect to provide a socially selected and constantly improving curating system.

If there is one thing to retain, it is the need to be more than ever, laserlike focused on getting more prioritization because the options and the distractions are not going to reduce by themselves.  Au contraire, there are going to be ever more opportunities and decisions that need to be taken.  I thank you for your time and wish you and yours a wonderful happy new year ahead!

Do let me know your thoughts when the time is right!  And in a year, we’ll see where we stand!

*”Per pop” valuation was coined by Dennis Leibowitz, media analyst at Donaldson, Lufkin & Jenrette in the 1980s, to ascribe a relationship between the stock price and the number of subscribers (for cable and cellular companies).   I worked with Dennis at DLJ from 1987-1991.