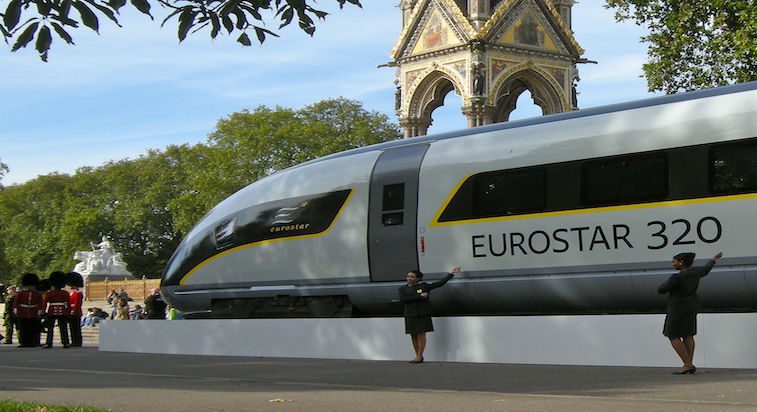 This winter, Eurostar finally started to roll out its new e320 train. Being a regular Eurostar passenger, I was very keen to experience the improvements. Notably, I was very excited to get wifi onboard…at last.

According to their site, the design of the new Eurostar e320 train was created by Pininfarina, “the world-famous Italian design house that creates Ferrari’s unique style.” With great aplomb, Eurostar announced that their new trains “will present the ultimate in design, comfort and service.” Siemens was the manufacturer.

So, what are the improvements?

What happens when a monopolistic or bureaucratically run transportation company decides to renovate its offer? The chances are that the first port of call will be on efficiencies and cost savings. It turns out that Eurostar forgot to think of the passenger experience in their design conception. Where to start? 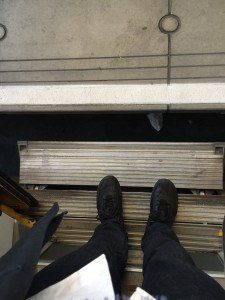 It’s possible that there are some obscured improvements in security that are not visible to the naked customer’s eye. Meanwhile, when you disembark, you surely see how they have considered our safety. Specifically, you have to deal with treacherously dangerous steps. Roughly six or so inches in width, there are two steps before reaching the platform. To the extent the platform is substantially further than the two steps, there is a large void to walk over too. For the valid – with or without a suitcase – you need to pay attention. For someone with a cane, crutches or who is elderly, the stairs represent a wicked descent.

Turns out that there is a new suspension system in use. Well, this is less obscure because you actually get to hear it when you sit next to it. Every five minutes or so, it lets out a huge sigh. In between, you get regular panting. Hear here.

This was supposedly the big and GOOD news, at least as far as I was concerned. 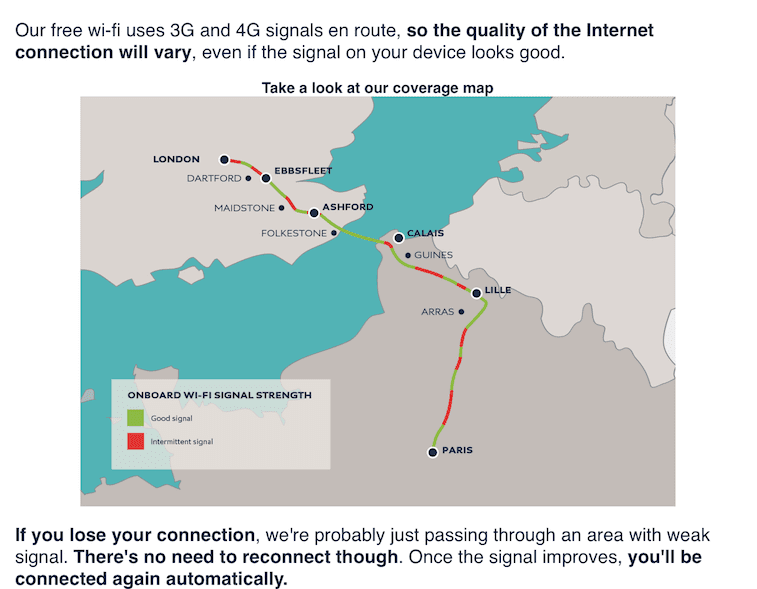 Granted I am no technician, but the Eurostar has taken donkey’s ages to come up with a wifi system for its new high-speed trains. Whereas I was warned that it was ‘technically’ difficult – despite the installation of wifi in Amtrak (US) and Virgin (UK) – it seems that the technicity was way beyond them. The good news is that they prepare you for it, alerting you to the [very] poor connectivity. The map that Eurostar provides us with suggests that about 50% of the journey will provide “good signal” and 50% intermittent. I think that the better part of transparency would have been to write “50% spotty to bad” and 50% “none at all”. On a recent trip that was half full, that was the best I experienced. As for wifi in the passage, they should also replace the GREEN with RED for the entire passage. Expectations have been incorrectly set.

The brand new seats are awfully uncomfortable. They are hard on the bum and the [small] armrests are made of an overly firm plastic. The headrest component seems to be designed for a man who is 5”10 or above. For the smaller people (e.g. women and kids), there is no adjustment possible. I miss the old seats.

Whereas the old trains had little lights for each seat, the new trains thought to do away with this. Instead, we have neon lights that are on all the time, regardless of the ambient lighting. The light is decidedly aggressive and uncomfortable on the eye.

Not that everyone heeds the notion, but when you want to talk on the phone, I believe it is only normal (and considerate) to step into the space in between carriages to talk on the phone. The new trains have no place to sit. In fact, the décor is positively spartan. In the old trains, there were pull-down chairs in the old carriages. Gone.

At this point, you might be thinking I am a nit-picker. Well, some say that the devil is in the details. At this foursquare seating, the table fixture came apart in my hands. Even the pursar on board was horrified, shaking his head. You could tell that this was far from the first evidence of shoddy workmanship.

Scratchy would be an appropriate term. Hear here.

The same hard seats exist in First Class as in Standard Class.

The wifi is no better than in Standard.

In first class, they have installed “private” spaces where you can reserve a cabin that is closed off, obscured from other passengers for a meeting, for example. Of course, it’s completely obscure how to get access to these when you reserve.

It’s worth making a final point about the difference between checking in at St Pancras and at Gare du Nord. Other than the miserable state of affairs of the Gare du Nord train station, in general, versus the clean, modern and wifi-enabled St Pancras, the Eurostar access for business travel/carte blanche is radically different. The French police at customs, believing that it is undue discrimination, do not allow for an express lane for business class or Carte Blanche travellers (as opposed to St Pancras).

My conclusion is that the design of a formula 1 car and/or high-speed performance vehicle are not credentials to design a passenger train. You get the feeling that the selection of this design house was more about a boondoggle for Eurostar’s senior management to ride in a Ferrari or two. At a minimum, for Eurostar senior management, I might suggest reading Brian Solis’ X. Of course, there are financial considerations; but you have to imagine the types of discussions that went into the design of these new trains never included any genuine interest in customer comfort or customer experience. When designing your product — and you are genuinely concerned with your customer experience — it is vital to include the users in the design process . From the number of complaints that I alone have heard, in such a short period of time, you know that the customer was not included in the design conception.