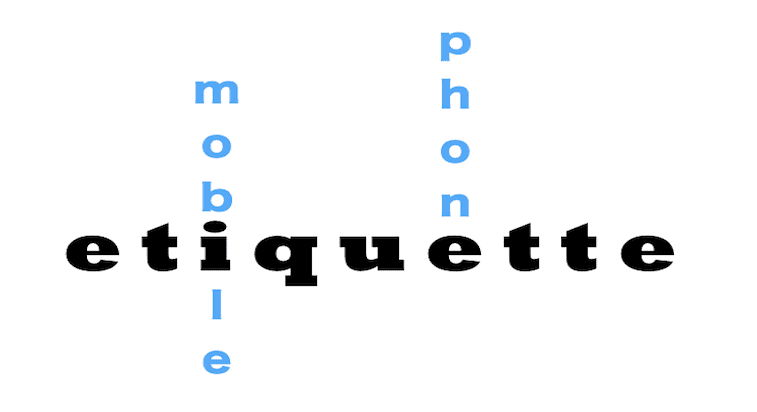 When will we learn that when and how we use our mobile at home is not when and how we should use it in public? Just as we don’t walk around in our skivvies outside, we need to dress our mobile manners outside the home. In any walk on a busy sidewalk, it is inevitable that you will literally run into someone who has their head furrowed into their phone. On board a train, you will have people talking and clicking on the phone with abandon (despite the “NO PHONE” sign). The quantity of etiquette infractions seems at times to be reaching epidemic proportions.

Sometimes, the culprit is doing so without being aware of the irritation and/or aggravation. For example, some members of the silver generation who are hard of hearing often have sound settings at home that become a veritable pestilence to others when in public surroundings. In most cases, however, the guilty party has chosen a less civic route.

What to do about it?

Because the rate of change and the deluge of new devices and tools, it’s not feasible for a generalized education program. As soon as any curriculum were written, much less implemented, it would be hopelessly obsolete. Political parties probably have other more important agendas to push than worrying about civicism. We’re left with family, community and the media, of which this blog is one… So, I continue to campaign for improved mobile manners!

Herewith are the top ten habits people should have with regard to their mobile once they are in the public sphere (ie. with others). Good manners start at home, so we should be modeling this behavior at home. In some cases, it is my daughter (16) who has been showing me the way! We must all make a concerted effort. Please comment and share!

Remember to be present!”

It all starts here…. in Settings. There are two important areas in Settings as far as the management of one’s civic duties: Sounds and Notifications. 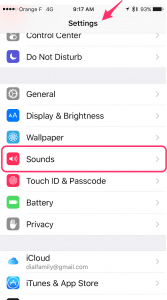 i – SOUNDS in SETTINGS

Even in some circumstances, vibrate can be too obtrusive. In any event, it’s the safest setting to have most of the time. 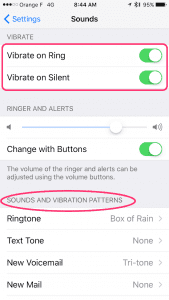 Aside from being a nuisance for others, it’s not healthy to be constantly interrupted by a sound that you have a new text message or mail. Do your messages on your own time! 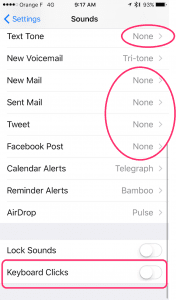 If turning off the sound for notifications ought to be obligatory, it should be noted that even silent notifications (alerts and banners on the screen) in general should also be restrained. I have approximately 10 applications whose notifications I permit to invade my lock screen. Beware that apps when newly downloaded will have all notifications on by default. Whenever you upgrade, some apps will cheekily not hesitate to turn them back on! 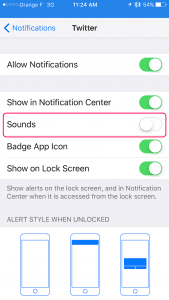 I have written previously a manifesto for decent mobile manners or digital etiquette. Naturally, there are cultural differences around the world that will have their role to play. But, in general, there ought to be an international global standard, given the globalization and pervasiveness of the smartphone.

What do you think? Any other rules that we should have to improve mobile manners?