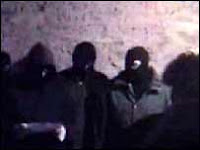 Well, it makes sense that somethings just ought to be cheaper in France (than when you buy them overseas), including local produce, no? A question of demand & supply. Then there are those, in France, who can’t seem to make ends meet and strive for more profits, via higher pricing. A question of pricing and costs. This latter problem reflects the state of affairs at least for the Languedoc region and more generally for the French wine industry, if you would listen (BBC News Story) to (some) local wine producers. Wine prices, in the Languedoc in particular, have been declining over the last few years and, the report indicates that this is in part due to the declining quality of wines (presumably to fit market demand). This has made local wine-making economics difficult to sustain. All very challenging for a country that is so (rightly) proud of its wine and is also at odds between socialism’s purer intent and the forces of capitalism. The result is CRAV, a neo-Jihadist style terrorist movement that is threatening “to make blood run” if the new government doesn’t help raise wine prices. The footage is amateur, but the telltale signs of terrorism are there. Thy wine maketh thy blood run amuck. It seems that the need for dialogue is truly needed, but if such manoeuvres gain attention and bring the government to the table, the risk is that every “desperate need” could sprout terroristic tendencies.