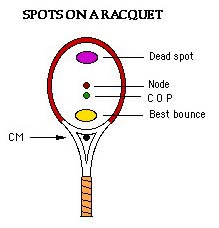 How good are you at tennis? When you set out to play tennis with a person whose level you have never seen, there exist multiple rating systems that are supposed to help render objective your level. Putting a number behind “how good are you?” makes a lot of sense. Of course, it gets complicated when one uses different ranking systems and/or have decided to auto-evaluate your own level.

I have posted to Craigslist and OLX that I am looking for tennis partners here in Paris. The process has been rather interesting. I classify myself unofficially as a 15-2 (with the help of my local sparring partners) in the French system. Since the French system is extremely elaborate, you end up splitting strings to figure out where you stand (there are no less than 23 different levels). Not a lot of love lost if you get it wrong — besides the way to get ranked officially is to play lots of tournaments and the results speak for themselves.

Meanwhile, the USTA NTRP ranking system — where there is much more self-assessing going on it seems to me — I am the equivalent of a 4.0. Though I must say that when I read the USTA description of a 4.0, I feel undervalued.*

There is a movement afield to move to a consolidated international ranking system (International Tennis Number). Certainly would make life simpler for us who like to play in multiple countries. According to the 15-2 ranking, I am ITN level 5. Again, if I refer to the verbal description, I feel more like a ITN level 4. Meanwhile, for a very clear comparison chart, that maps out all the different rating systems around the tennis playing world, check out this resource courtesy of Tennis, Play and Stay.

So, getting back to the reason for this posting, over the course of the last few weeks, I have been approached by 6 different people via Craigslist. Of the six players, 4 declared themselves to be lower than my level, so, as carefully as I could, I declined. One player ascribed himself as a USTA 5.0-5.5. I eagerly accepted. When we finally played, it was a disappointingly easy game (6-1, 3-0…). A case of overoptimistic self-ranking.

The last person to contact me had the tact and humility to say that she had a slightly lower level and said “I’d understand if you don’t want to play with me.” I indulged, considering her graceful way of asking. And we had a very agreeable game.

Tennis players generally always want to play with better players, in the spirit of improving. At least, that’s what I seek. So, the key is the strategy employed. As far as I am concerned, I am glad to be given points by the better player to make the score more competitive. What’s your strategy?

By the way, if you have never seen it or heard of it, wheelchair tennis is a phenomenal activity. There is even ITN ranking for wheelchair players. At my favoured club here in Montreuil, I have seen several very talented players. Sometimes, an able-bodied player stands using roller blades. The play is all in motion. Very impressive to watch.

On a less impressive level, many of the websites around tennis seem particularly poorly made. And the US Open site (be careful Tennis is .org, Golf is .com) is hideously slow at coming up. Way too much animation and flash. Ugh. BTW, with a wounded Nadal, odds have to be with Roger, yet again. Who do you think will win?

4.0 (equivalent to ITN 5)
You have dependable strokes, including directional control and depth on both forehand and backhand sides on moderate-paced shots. You can use lobs, overheads, approach shots and volleys with some success and occasionally force errors when serving. Rallies may be lost due to impatience. Teamwork in doubles is evident.

4.5 (ITN 4)
You have developed your use of power and spin and can handle pace. You have sound footwork, can control depth of shots, and attempt to vary game plan according to your opponents. You can hit first serves with power and accuracy and place the second serve. You tend to overhit on difficult shots. Aggressive net play is common in doubles.

5.0 (ITN 3)
You have good shot anticipation and frequently have an outstanding shot or attribute around which a game may be structured. You can regularly hit winners or force errors off of short balls and can put away volleys. You can successfully execute lobs, drop shots, half volleys, overhead smashes, and have good depth and spin on most second serves.