Wow! I felt like I actually rediscovered the pleasure of traveling yesterday. And, ironically, I did so going on holidays in the economy class of Emirates Airline, on a brand new Boeing 777-300ER. Expectations were totally outpaced. I was left utterly and positively surprised, almost regretting the fact the flight was ONLY seven hours long… That sums up what I have to say about my very first Emirates Airline flight, EK074 from Paris to Dubai.

Ensconced in row 21 with the family, I can only shake my head at the extent of the superior performance that Emirates Airline (EK) provided. If I were a competitor of theirs, I would be worried. From a business standpoint, when you take efforts to know what the ‘competition’ is doing or offering, you can get a wicked surprise. I suspect that if American Airlines (United Airlines has a best-in-class partner in Singapore Airlines) or Air France (which generally I enjoy very much) have fully checked out the state of advancement of Emirates Airline, they should be scurrying to invest. The boom in oil prices and the economies in the Middle East are obviously helping EK. In 2007, according to the Gulf News (Apr 20, 2008 article by Abel Ali), Middle East passenger traffic was +11.7%, and up a record +19.2% in December. EK’s ability to invest in state-of-the-art planes (just to absorb rising demand), as well as their efforts on customer service (and the training that goes behind it) will create a significant competitive advantage due to the life cycles of planes and the difficulty to change a corporate culture (not to mention a hideous industry climate?). In the case of EK, according to their website, they have been growing at 20% annually and have recorded every year since its 3rd year of conception (it was started in 1985).

In any event, this type of gap in performance will make a difference in my next booking. I have to believe that a superior Emirates Airline product will contribute to the success of Dubai, benefiting from its opportunistic location as a hub. [The airport works 24/7 and was absolutely bustling with activity when we landed at 1 a.m.] 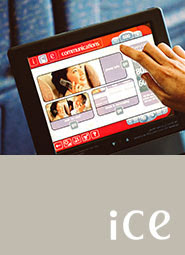 Among the multiple surprises, we were allowed to fire up the videos while on the ground (I therefore didn’t even notice that we took off 30 minutes late). And we were able to watch the video throughout takeoff and landing. Unheard of, normally.

The kids were offered a whole kit of goodies — hand puppets, teddy bear, crayons, books and more… Between the goodies and the personal entertainment system, the kids felt like they were in Disney…

The kids also got a special dinner, including a Mars bar and a toothbrush…

The main screen featured the viewing from a camera attached to the airplane nose. It was not the first time I have seen this, but I say it is part of best practices. For the remainder of the flight there was a simulated following of the flight over the various geographies.

At the same time as Alexandra said she liked the crackers, I mentioned to the flight attendant that the Shiraz wine was good. Both of us were promptly re-served without even asking. Another surprise.

Even dinner was a result. With a choice between lamb and chicken, Yendi and I both chose the lamb stew (“tender cooked pieces of lamb served in a rich coriander jus”) which turned out to be a wonderfully zesty (and spicy) dish. I suspect that unadventurous palettes might have stumbled.

As I went past the business class seats, I noticed that they featured the same poorly located headphone socket as the one on the KLM flight I took a couple of weeks ago (prior blog post). So, not everything is perfect…

Moral of the story:
* innovation works (in different forms)
* great training of the staff is visible (and great recruitment, too, on YouTube)
* better to keep an eye on the competition

I will report back after the 3 other flights that we have on EK to see how consistent the service is (knowing that Dubai-Nairobi is surely an inferior route). Will see if it deserves lovemark status!

Anyway, here’s to making travel a childish pleasure. Anyone else know of an airline that can surprise thus?

Do you know about any other company taking an industry by storm?