As is frequently the case, in the big games, it is all about creating your ‘luck’. But in sports fan-dom (sitting in your canapé or reading BBC.co.uk, etc), you win some and you lose fun (oops, I meant ‘some’).

Chelsea in the European Cup semi-finals for the third time in four years. It is impressive to think that the opponents of the semi-finals of such an international tournament can virtually become a franchise rivalry. Nonetheless, unlike the first two encounters where Liverpool, playing away the first leg, finished up on top, Tuesday’s home goal concession — an own goal in injury time — and a 1-1 score will likely prove fatal. John Arne’s Riise’s header into his own goal FIVE minutes into injury time will surely haunt him and the team leading up to next Wednesday’s showdown at Stamford Bridge. Both goals in the game were from errors rather than good plays. Sometimes, it is just about capitalising on your luck… 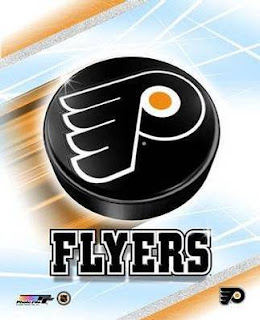 Virtually at the same time, the only other professional team I follow, the NHL Flyers of Philadelphia, playing against the Washington Capitals, managed to overcome the tide of momentum–having given up a 3-1 series lead and several leads in games–to eek out a 3-2 win in OT in Game 7. Heroics, great goaltending and grit. Good ole hockey saw the Flyers capitalise over Caps. The Flyers had to overcome some odds as well: Previously, Biron was 0-5 playing in the second night of consecutive games. Lupul, who scored the game winner, hadn’t scored a point in the entire series. And the Flyers, who had a franchise worst ever, NHL basement record last year are into the second round.

Now, the next round brings up the redoubtable Montréal Canadiens — my ex-home team. Bonne chance, mes amis!

I welcome some banter (taunts and progmostics) from my old friends and colleagues in Montréal–or any Habs fans for that matter! For myself, I believe if the Habs dont win in 6 or better, it will be a surprise.

And, as for Liverpool, they are facing a titanic uphill battle considering their record at Stamford Bridge. My prediction: 0-0 on Wednesday, therefore Blues over Reds. Anyone care to forecast differently?