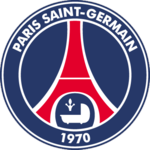 Olympique Lyonnais double up on PSG in the Coupe de France 2008, but is the French Ligue really competitive?

Having watched the Manchester United vs Chelsea in the European Champions Cup Final this week (prior post here), this Olympique Lyon (OL) v PSG Coupe de France final match was decidedly less attractive and fun to watch, although there was plenty of tension (to the extent any overtime match is tense). A goal-less regulation game which PSG dominated was not good enough to win. OL’s Sidney Govou scored in the 102nd minute to sink PSG with a 1-0 scoreline. Here is a quick write-up in The Sports Network. What was more interesting than this tail-ending match itself, was the tale of the season.

PSG spent the majority of the season around the bottom of the league (Ligue 1), threatening to be relegated for the first time in its history. However, they managed, not only not to be relegated, but to win the League Cup, for the first time in ten years. And, they also got into the finals of the Coupe de France, the French equivalent of the FA Cup (which PSG had won in 2004 and 2006 most recently). What an up and down season! Winning the League Cup means a qualification in the UEFA. So, when all’s said and down, they finished 16th (two away from the relegation zone) in the League and yet had two national cup final appearances. PSG would qualify as a team that plays well in the knockout tournaments…in France anyway. [They won the UEFA once in 1996].

And then there is the 7th consecutive Ligue 1 title for Olympique Lyonnais. That is an absolutely huge stint at the top… but also possibly proving the lack of solid competition? There have been several teams that have won 4 seasons in a row in France, but none has accomplished what Lyon did. A dynasty in the making. Congrats to my Lyonnais friends for yet another great year and their first double (odd stat since they had 6 other years to do so). It is the first time in 35 years that OL have won that cup. That said, when you see Manchester United which has won 10 of the last 16 Premiership titles (17 overall, 1 behind Liverpool I note) as well as three European Cup Championships (two in the last 10 years), THAT is a dynasty. And, curiously enough, the longest stretch of consecutive Premier titles in England is just three (done four times, once by Man U, Liverpool, Arsenal and Huddersfield[!]). So, I am going to have to argue that the English Premier league is significantly more competitive.

See here for some highlights of the Lyon-PSG game at FC Football Blog.