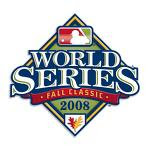 I have not made a secret that I am a Philadelphia sports fan.  I have also written about how miserable it has been supporting the losingest set of teams in the US.  I wrote an article in Sportingo that received some serious flack, establishing the poor combined championship records of the various major teams of Philadelphia (76ers in NBA basketball, Eagles in NFL American Football, my beloved Flyers in the NHL hockey and the Phillies in MLB Baseball).  The 25 year drought for a city championship is over.  Last night, the Philadelphia Phillies became “world” champions (which title I hope one day will be converted into an appropriate name such as [N]ABC: [North] America’s Baseball Champions…).  The oddities of the 5th and final game included the fact that the game lasted nearly 50 hours (rain delay in the middle).  They won in sordid conditions, but the win is in.  Not since 1983 has a Philadelphia team (76ers) won a championship.  The city’s teams have made it to 7 championship finals in those 25 years and had lost each time.  The last time the Phillies won, I was in secondary school.

Not that I really like baseball, but I can admire the tactics and matchups.  I certainly respect the pitchers and batters alike (and can thank my old roommate, Brad, for taking me to the batting cage at University to give me a whiff of real baseball).  In difficult economic times, winning a championship can buoy spirits.  I don’t believe it will make a material difference; but it certainly feels good to win.

Meanwhile, I continue my rain dance for the Philadelphia Flyers who have come out of the season-starting flunk with three handy wins.  It looks like another long season though.  That said, maybe another philippic might help promote another Philly prize?