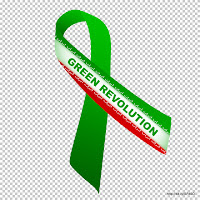 I particularly enjoyed Thomas Friedman’s editorial in the New York Times (or International Herald Tribune) of June 25, 2009, entitled “The Green Revolution(s)”. For those of you are still not inclined to believe in the need to reduce man-made pollution and join the ecological bandwagon, here is a well written exposé on why we should at least reduce our consumption of petrol in the Western World: reduce the demand of (and the dependence on) oil and prices will tumble. Friedman cites The First Law of Petro-Politics “…which stipulates that the price of oil and the pace of freedom in petrolist states – states totally dependent on oil exports to run their economies – operate in an inverse correlation.” So, regardless of any potential benefit for General Motors and Chrysler and their “Greener” cars, the geopolitics of the world would be a much better place if the “easy money” derived from oil exports was exposed for “bad money” and the auto-aggrandisement and self confidence == that comes from being financially secure — were deflated as speedily as oil prices decreased. Friedman cites Yegor Gaidar, a deputy prime minister in Russia in the early 1990s, as saying that “the collapse of the Soviet Union could be traced to Sept 13, 1985…” date on which Saudi Arabia officially changed its oil policy, unleashed its production and brought oil prices tumbling down and, consequently, the Soviet Union to its knees.

Friedman believes that by reducing the Western World’s dependence on oil, the Green Revolution (the reformers) in Iran will be able to take hold, allow greater freedom for its population and bring down the Islamic dictatorship. Along the way, perhaps the collateral benefits might also be applied to other oil-rich despotic regimes, such as in Nigeria, Venezuela and even the rigid Russia. As Friedman exhorts: “An American Green Revolution to end our oil addiction – to parallel Iran’s Green Revolution to end its theocracy – helps us, help them…”

So, this is just one more reason to take the greener roads, for surely the grass is greener on the other side of this hill.