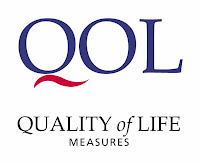 As part of my Franco-American profile, I am naturally drawn to reading about comparisons and competition between France and the US. I came across this May 2009 article, France Beats America, which describes France’s epicurean passion for “living it up” in terms of eating, sleeping and holidaying. On the eating front, as much as obesity and over-eating might be America’s bête noire, the French make more time for eating. According to this article, “[t]he French spend more than 2 hours a day eating, twice the rate in the United States, according to the Organization for Economic Cooperation and Development (OECD)…” The French spend 135 minutes per day eating versus 74 minutes for the Americans and 66 mins for Mexicans (69 mins for the Canadians). The Turks (#1) actually out-eat the French (#2) by an half hour each day! According to the OECD report, the French top the list for average number of hours slept at 8h50/day… marginally ahead of the equally surprising 8h38/day for Americans. Koreans and Japanese sleep the least among OECD countries, and an hour less per day (7h50) than the French (the OECD average is indicated as 503 minutes or 8h20/day). And, if you are thinking that not sleeping enough is bad for your health, the Japanese lifespan expectancy (86F.79M) outlasts France (85F.77M) and far outstrips the US (80F.75M) which is below the OECD average (82F.76M).

Finally, when you add that the French take on average 7.0 weeks of holiday
s per year versus 3.8 weeks for the Americans, it does add up to a lot more “living it up.” I would tend to argue that the pendulum should swing back for the French, to work just a bit harder … not just any how, but by adding more pleasure, humour and emotion in the work space. And in the US, I would argue that the focus should be on eating better (not necessarily longer).

Meanwhile, among the countries included in the survey, it was reported that men have more leisure time than women. “This gender gap is largest in Italy, where men top women by 80 minutes per day. The gap is just under 40 minutes in the United States, and smallest (less than 5 minutes) in Norway.” France’s gender gap on the criteria of leisure time is 34 minutes (in line with the OECD average of 35 minutes). Is there any real correlation between a reduced gender gap on leisure time with equality of the sexes? That is far from certain. However, to the extent that women are generally at work and have the lion’s share of the responsibility for taking care of the family, clearly women will continue to suffer in terms of having their own leisure time if the burden at home is not appropriately shared. Below is the OECD report (data from 2006, published in April 2009) regarding the leisure time gender gap. 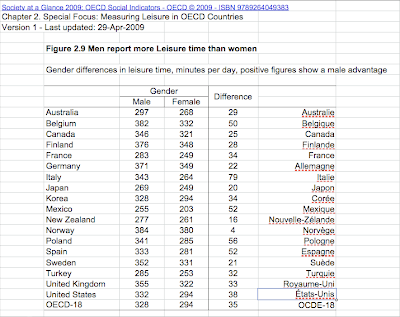 While life is about good food, good company (including on holidays) and a good night’s sleep (& good health), the issue is about creating a sustainable model, i.e. (a) making the 45-49 weeks at work more agreeable and liberating; and (b) finding ways to allow women to have as much leisure as men. Quality of life should, considering how many hours are put into work, include the quality of life at work and we all need each other to be in “top” shape!