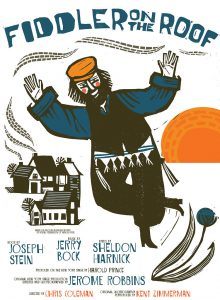 “If I were a rich man? Tweedle idle dyddle doo…” is a wonderful song and could probably be singled out as the common person’s most regular dream. But, little does one truly wonder about the plight of the rich. To begin with, there is the difficulty of sorting out the difference between a friend who likes you or likes you for your money? And then there is the question of what’s an excessively rich man (or woman) to do with the wads of extra money? This question came up in a conversation I had last week with a long-time friend in England. Clearly, as far as I am concerned, this is a theoretical debate; but a few privileged others have actually to put their money where their mouth is.

So how does one spend one’s excess cash usefully? The crux of the question, inevitably, comes down to what is “useful”? If many billionaires have generally had a zero or two snipped off their personal fortune over the last 18 months, most of the Madoff-exempted billionaires still have plenty left to fritter away. The same question could be asked of governments which, while not having necessarily “idle” cash at hand, have been faced with the question of how to stimulate growth (i.e. to use taxpayer cash to create value). Some governments – like some individuals – strike it rich for just being in the right place (at the right time)… such as countries sitting on top of oil fields or an internet entrepreneur whose company is bought out at the height of the bubble. Value is not systematically reproducible.

So, the question is posed: what to do with that excess money?

Here are just a few ideas for governments or fantastically wealthy individuals: 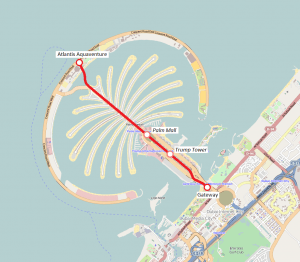 If consumerism and, more significantly, the capitalist model are to be sustainable, the creation of wealth would need to enable further wealth creation in a virtuous circle. And, if society – or a specific civilization — is to benefit longer term, the greater common good must be kept in mind in the way that the money is spent. In order to evaluate the benefit to society, I feel that the best way to define the value of the material and non-material gains is by the amount of positive energy created.

I share with you some of the thoughts we had regarding how the ultra wealthy might choose to go about spending their money and welcome your participation.

Option #1
Keep it under the mattress… courtesy of a belief that “the world is falling to bits and I don’t trust anyone or anything.” In my opinion, this is the worst possible solution – and likely self-fulfilling. The cash collects dust and naturally devalues over time. No use to anybody. Plus, I simply have a more positive outlook on life.

Option #2
Invest in typical financial publicly traded instruments, such as stocks & bonds. If this investment helps nourish the capital markets, the gains are essentially cosmetic (almost psychological). The real opportunity to add value is when the money is directed as additional capital to an entrepreneur to help him/her invest, i.e. making the money accessible for the companies to invest. Otherwise, if the money is just poured into the stock market (to make stock prices go higher), the gain to society is only marginal, since the capital has already been raised/issued. Nonetheless, it would be hard to deny that higher stock prices do create ‘positive energy.’

Option #3
Create a new business. Assuming that the experience earned during the wealth creation can be passed on to some effect, this is a most reasonable option. The employment of people and ancillary activities has a solid knock-on effect. 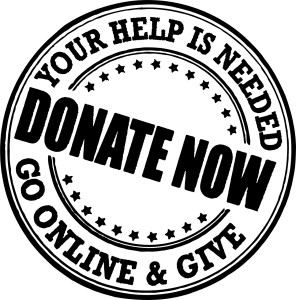 Donate to charities. If the hurdle of finding an efficient charitable organization can be overcome, the choice of the most beneficial charity for society is entirely discretionary. We identified the epic and valuable work of Greg Mortensen, who has created some 60 schools in the impoverished Afghanistan/Pakistan region, because the creation of schools helps to bring up the rear end of society…which can possibly help improve overall conditions, stimulate wealth creation and, along the way, possibly even diminish the negative forces of war.

Option #5
Dig holes. If the economic stimulus of war is well documented, Keynsian style “stimulus packages” have, as yet, unproven long-term benefits. Taking the metaphor of digging holes to mean infrastructure building, one can make a solid argument for positive energy creation. Communication and travel via the improved infrastructure will most likely have a longer-term benefit, providing the resources are budgeted and managed efficiently. Keynesian “holes” are required activity to be stimulated/paid for by government when consumers become too frightened to spend and end up putting money into risk-free assets, such as government bonds, gold, savings accounts, etc. In other words, if savings rates go up too high (typically this has not been the problem in the US) and spending stops, the economy nosedives. The real problem lies, as now, when governments keep on printing money, paying for holes to be dug to prime the next consumer boom, only to need more debt to be printed to overcome the next bust… “That’s where we are now,” as my good friend said. “Sooner or later the alcoholic needs to stop drinking to save himself – but the cold turkey is painful and electorates don’t like pain.”

Option #6
Live life to the fullest, in the most decadent version of carpe diem. Buy and experience the biggest, best of everything. The value (energy) creation is rather restricted in its reach.

Notwithstanding the fact that this is clearly no real concern of mine, I think that dreaming of having this problem is in itself, creating a positive energy for me. I love Dubai and the scale of its ambitions, even if the varnish may have come off rather dramatically recently. I have always been more Beatles than Stones, but one has to accept that Mick is hanging on and puts on a good show, so therein lies a strong energy. And, insofar as digging holes is done to improve transportation and communication, this too creates positive energy. So, the bottom line is that the first two options received a thumbs down (unless you invest in a specific company), while the next three received the thumbs up. As for the throwaway sixth option, it is hard to fault at least some full on living in the present. However, the chances of veering into committing one or more of the deadly sins would seem to warrant, ultimately, the thumbs down.

If you were excessively wealthy, how would you spend your money? Your thoughts?