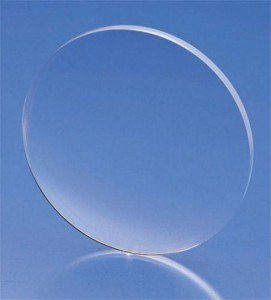 This is the second of four posts on the topic of Transparency.  The first post (link here) in this series dealt with transparency on a societal and individual level.  This second post deals with the role of the Internet in the evolving importance of transparency.

Any discussion on transparency that does not pay tribute to the enlightening effect of the Internet would be unthinkable.  The Internet has, by the values in its founding DNA, a fundamental principle of freedom, giving rise to open source programming (Linux, etc.) and the paradoxical notion of free commerce (Mozilla Firefox, Wikipedia, Craigslist…). A recent poll for the BBC World News said that 4 out of 5 people in the world believe that Internet Access is a fundamental right (in Estonia and Finland, it has already been declared a ‘human right’ for its citizens).  While freedom does not necessarily mean transparency, the two terms are intimately related. The beauty of the Internet spans the ability of Internet surfers to work around monolithic thinking or monopolistic media through to the opportunity to be anonymous (albeit, for the most part, still traceable by some or other authority).

Transparency versus Anonymity. At first brush, one might be confused in believing that hiding your own identity is vital for transparency.  Anonymity is, however, incredibly important in a democracy, at least insofar as humanity has not figured out a system that allows a nominative system to remain “free” of pressures, corruption, etc.  The right to vote, the option to be a whistle blower, or the opportunity to criticize and complain all inherently require a right to anonymity. A site such as Wikileaks shows how the Internet can play a crucial role in sustaining transparency (the “inside” view) while still ensuring anonymity.  If vital and controversial information can be “traced back” to an individual, the issue is who is doing the tracking and what are they doing with that information?  Anonymity is a founding principle to allow for transparency — even if anonymity allows for the ever-present abuses and criminality — because, in my opinion, it is more aligned with the larger defining principles of nature and the desire for freedom. And, as indicated on the “global civil society” site “Transparency International,” transparency is a necessary tool in the fight corruption.

Individual anonymity is key. The ability for people on the Internet to retain their anonymity will be capital for ongoing progress.  Anonymous comments on a blog should continue to be allowed to the same extent that anonymous voting is necessary for a democracy.  If a governing body needs to oversee that a one person-one vote is respected, anonymity has its full weight on the web when there are many different anonymous people weighing in with the same opinions.  In the case of a witness-protection programme or a whistle-blower, anonymity is inarguably essential.  All platforms (whether governmental, corporate or personal) need to articulate clearly and transparently their policy in order to make the anonymity realistic.

With the Internet providing the opportunity for all people to express their opinion more or less liberally, governments, associations and companies – and to some extent even individuals — that reign by fear, with tight-fisted control and questionable ethics will struggle to justify or manage their subjects.  Lack of transparency and incongruent positions will, over time, be shown up.  The Internet is providing forums and spaces to allow for the unwanted truth to be revealed.  For companies, there are sites such as Glassdoor (revealing salaries), Good Guide (product safety, health and ecology) or even company-specific ex-employee groups (e.g. P&G Alumni on LinkedIn or L’Oreal).  The same can be said of sites such as ratemyteachers or note2be where teachers are graded by students, helping to uncover less-than-good teachers.

In the next post, I will discuss the implications of transparency for brands and take a look at some of the issues in articulating a policy of transparency.