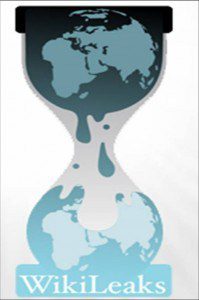 WikiLeaks is one  of the most riveting initiatives (read: ongoing battles) on the Internet and is putting a new spin on the transparency-anonymity debate.  The Sunshine Press, which runs WikiLeaks, is an non-profit organization funded by human rights campaigners, investigative journalists, technologists and the general public.  The “brown paper envelope of the digital age”, WikiLeaks.org could be a game-changing site as far as freedom of voice is concerned — if it survives.

Nothing to do with Wikipedia, WikiLeaks invites contributors to provide “leaked” documents or videos via a secure system that, theoretically, cannot be traced or censured.  Based in Iceland and launched in December 2006 (sent live Jan 2007), WikiLeaks has created a sophisticated web of servers intended to cover the original scent (of the sender) combined with an international status that defies the constraints of national or even regional laws.  Here is a report by investigative journalist Jacques Peretti, for the Culture Show, on WikiLeaks via YouTube (Jan 29, 2010).

According to Wikipedia’s entry on WikiLeaks, the site has some 1.2 million leaked documents.  Although not currently available on its own site due to the ‘temporary’ closure, you can find the leaked documents on this mirror site.  Per a report in The National newspaper (competitor to the Washington Post), “WikiLeaks has probably produced more scoops in its short life than the Washington Post has in the past 30 years” (November 19, 2009).  Having achieved 20,900 on the Alexa ranking, WikiLeaks is clearly a force to be reckoned with.  While the site was originally designed to be akin to Wikipedia in a freeforall uploading, editing and commenting platform, it had to revise its approach to narrow the remit and provide an editorial oversight committee to validate certain documents.  This is a similar path through which Wikipedia had to pass.  Clearly, human nature and the option of too much anonymity need some boundaries. If I have no basis to understand whether or not the content of the WikiLeaks articles is always exact, the concept is intriguing.  If a WikiLeaks-style militancy were to be aimed more specifically against Big Business, it could potentially force business’ hands down the line.  The site already indicates that it has numerous ‘leaks’ against the banking industry.  And, for example, the leaked Tiger Woods gag order has its immediate run-on effects for the sponsoring companies.

WikiLeaks has its detractors and its very mention in a post, such as this one, means that the post is censured in countries such as China (I am not sure if by having one post on WikiLeaks whether my entire blog will be banned?).  I found this counter-WikiLeaks site if you are interested in the contrarian view. The big problem is that the site is out of money… and has currently a moratorium on publishing anything, even if documents may still be uploaded.  If WikiLeaks do not survive, it will be a blow to value of freedom of expression.  If it is able to raise the money without any state support (i.e. via citizen donations), it will be a testament to the urge to have true free press.  Meanwhile, I’m afraid the jury is out and the layers of secrecy around the management of the site make it distinctly difficult to gauge its chances of success.  For now, their date for a return to publication keeps on slipping: an old fashioned problem for a new fangled concept.