In Paris, yesterday, I attended a conference hosted by the MEDEF (the union of employers in France), where the ORSE (Observatory of Societal Responsibility in Enterprises) was promoting among other things the arrival of a new book, « Patrons Papas: paroles de dirigeants  sur l’équilibre travail et vie privée » (Editions du Cherche Midi) or “Papa Bosses: Statements from leaders about the work/life balance.”  This book (out on Friday) features the accounts of 10 CEOs, all male, as to how they have managed the work-life balance question in their own lives.  The panel at the MEDEF conference included three of the CEOs in the book as well as three female CEOs/leaders of opinion.

Here are a few of the interesting conclusions/statements:

1/ From Mme. Brigitte Grésy (author of ‘Petit traité contre le sexisme ordinaire’): parenthood has still not been accepted as a noble activity in French companies.

2/ From Mme Grésy again: the concept that a career should follow a continuum is strictly masculine.  Moreover, it is my personal belief that having more organic and less linear careers will be more in line with the desires of the younger generations — and in so doing will provoke different ways of working together and creating value.  Mme Grésy also spoke of needing to adjust/adapt other criteria that are distinctly masculine: absolute presenteeism and the concept of “top performers” aged between 25-35 years old (prime birthgiving years).

3/ From Stéphane Richard (France Telecom): as much as a CEO intends to be exemplary in many of his/her functions, the benefits, such as a chauffeured car, accompanying the role of a CEO make comparisons inappropriate for the remainder of the employees.

4/ When Pierre Fonlupt, chairman of [SMB] PLUS SA, highlighted the challenge of international mobility, Christian Nibourel (CEO Accenture France) said that Accenture had established a policy of supporting the spouse that has to sacrifice her/his career in the move.  In the end, the CEO’s personal grit and determination is absolutely vital in pushing through the agenda.

5/ Christian Nibourel talked about the great opportunities provided by new technologies to allow “home-working.”  My belief is that any such new technologies need to be accompanied by a company culture that accepts a “distributed” workforce.  The pink elephant in the room that was not mentioned at any point in the conference: the vital role of Human Resources and the need for deeper change management, which I believe must go all the way down to changes in the French educational system. 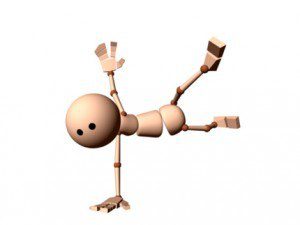 6/ “A fish rots first at the head” is a proverb that appears in more than 30 languages.  This proverb was possibly first expressed by Erasmus in Greek in the 16th century (ref: Phrases.org); however, there is no conclusive evidence that a fish does actually start rotting at the head. At least, I found no fishmonger expressing their expertise or a counter opinion.

7/ If no one likes the term “quota”, there is no proof that any other system works to advance the imbalance between men and women (from Agnès Touraine, President of Act3 Consultants).

Meanwhile, taking a sampling of different publications I came across yesterday, I picked up some statistics about the situation for women in France 2010.

7. 38,400E/year is the average salary of a female manager in France, -17% below their male counterparts*

8. For all working women between 25-45 years old, their salary is -27% below their male counterparts**

9. The percentage of women sitting on the board of French companies: 7.6%*

10. The percentage of women sitting on the board of CAC40 companies: 5%*

Not sure if it is really relevant to ‘compare’ these statistics with other countries, if only to rub one’s nose in it.  However, to the oft-stated dictum, “what you don’t measure, you can’t improve,” it doesn’t seem, for now, that measuring the women’s situation has actually brought about material progress. More concrete and bold steps need to be taken by a wider swathe of the ruling elite.

As far as gaining work-life balance and “material success” is concerned, the most telling line that was said on numerous occasions: don’t do as I do or did, do as I say.  If the CEO is not the appropriate model due to his/her substantial benefits, the challenge is finding the right champions within the upper cadre of management to reform the culture, allow men to enjoy paternity and convince themselves to accept that diversity is a true competitive advantage.  Until such time as equality is generalised, it will be a battle led by courageous individuals.