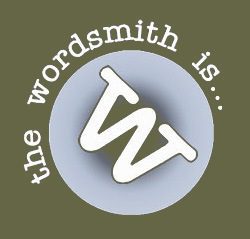 Wordsmithing remains a critical talent.   Whether it is crafting the right slogan, snaring a killer title for your email campaign or cutting down to 140 characters the sweetest tweet, the word is [still] in.  If images and videos generally gain more traction on the ‘net, the filter through which you have to go to get to them remains, by and large, the written word.

In terms of creating powerful titles that are capable of punching through the noise, emotionally charged titles will typically win out.  Thanks to a tip from the ebullient Larry Beacham, I got turned on to this Advanced Marketing Institute free service (limited to 20 words though) which algorithmically determines the emotional impact of your title.  The site calculates an Emotional Marketing Value rating.  The algorithm takes into account intellectual, empathetic and spiritual factors.  According to their verbiage:

Intellectual words are especially effective when offering products and services that require reasoning or careful evaluation.

Spiritual words have the strongest potential for influence and often appeal to people at a very deep emotional level.

Getting a title right also depends on your intended audience, the context in which it appears as well as capturing the nature of the article that follows (i.e on message).

GET YOUR SPELING RIGHT, TO? 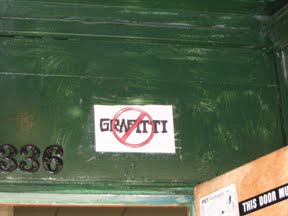 Grafitti Should be Graffiti

English is a global language with various official forms (notably — but not limited to — British & American) and, considering its reach, the number of different accents, spellings and interpretations of English could make for endless humo[u]r.  English is (at least for now) also the dominant language of the Internet.  I would argue that, in this context, to the extent the Internet has an ever-extending long tail, getting spelling right is absolutely vital.

Compensating for the misspellings, Google and Yahoo (to cite the majors) have a nice habit of catching (what might be generously called) inadvertent typos and proposing searches for the correct spelling.  All the same, brands must remember (in part also as a protection against crafty URL fishers) to reserve URLs of all spellings around their official brand name in order to accommodate a less-literate fan base.  After coming across the story of the valiant Tipp-Ex kids, Jeff Deck and Ben Henson (who went around America to search & correct typos) and thinking about the reliance on word search in Google, it is probably more important to have proper spelling than proper grammar (although I would prefer more of both).  I enjoyed this interview, in Salon, of Jeff Deck and how he refers to the two ‘schools’ with regard to spelling and grammar principles: the Hawks and Hippies.  Hawks are intransigent on the need for ONE standard system of English.  Hippies are ‘descriptivists‘ who support the evolutionary nature of the language, which has participated in making English such an enduring force.  And, in the realm of keeping up with the Jones’, Peter Roy Clark, a senior scholar at the Poynter Institute in St. Petersburg, Florida, has just come out with an updated review of contemporary grammar in “The Glamour of Grammar.”  (See here for the New York Times book review)

I would argue that good writers / copywriters are going to remain very important as part of a communication plan and, in English at any rate, the power of a good copywriter will be knowing how to evolve with the times to find the right emotional touch, all the while being accurate.  In all likelihood, English with its 500,000 words must remain an organic, fluid language; but we should not back down from the discipline of proper spelling and good grammar.  It is a fine balance.  When refering to the pillar Académie Française — whose role is to uphold the French language — Deck says, “I think it is possible to get a little too academic about standards.”  Yes, well put.