The media on both sides of the Atlantic have been feeding on two separate, but in my mind, related issues: the building of a mosque right nearby Ground Zero and the expulsion of “Roma” gypsies from France.  At the core of both situations is a latent question of xenophobia.  Both France and the US have a long history of immigration; albeit the USA was entirely built on immigration.  Both countries’ future relies heavily on their ability to attract immigrants and, emphatically, to be able to cultivate diversity. Yet, where is the line to be drawn before the national threshold feels compromised? 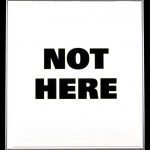 Thus, the common question posed in these two situations, for me, is how to remain open to diversity, yet retain a set of shared cultural values and a national identity.  Both situations are stirring up enormous emotional debate and are bringing to the fore the issue of “who are we, really?” Both topics are predictably being extremely politicized.  Both topics have garnered major international coverage with heavyweight criticisms from external powers.  Both topics deal with what are considered foreign entities (Muslims and Romani) yet that are American on the one hand and European on the other.  Both are associated with a crime record.  If the freedom of religion and the liberty to move around freely within a geographic zone are deemed “politically correct” arguments, the other side of the argument is in favor of a certain national identity and the need for entrants to adopt and adapt to the local mores and traditions.

Notwithstanding the obvious differences in the two situations (e.g. terrorism versus petty crime), the risks of rejecting the mosque and ejecting the Roma are similar: a heightening of the xenophobia and a further isolation of the two populations.  The question of the integration of Muslims in France and the US is a common and deep issue.  Both countries are struggling to come to terms with how to integrate the Muslim culture, battling with the wearing of veils, the Shari’a law, the building of mosques, the growing presence of halal meat (Quick), etc.  In both cases, whether it is the Roma (who are, it is worth noting, considered as second class citizens in their countries of origin) or the Muslims, there is a clear lack of assimilation in their host country which is more marked than most immigrant populations — with perhaps the one notable exception of the Hasidic Jews.  And, in both cases, the situation is basically just the tip of the proverbial iceberg.  France has between 250K and 400K Roma (amongst the smallest number among the major European countries) — the problem is truly a European problem.  If France sets a European precedent, the remainder of Europe will feel easier about joining in before the 2014 deadline gives the Romas full access to all of Europe.  And, then, what about other jaundiced populations?  For the US, the issue is about one specific mosque, although it is not uncommon around the States to see local communities reject the building of mosques.  If Ground Zero is the reason today, what might it be tomorrow? 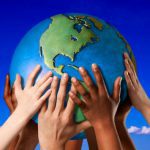 All the World is ... Diverse

I believe that the way these two issues are resolved will speak volumes about how each country will manage its future.  From a purely economic point, figuring out how to attract and integrate dynamic and diverse groups will be essential for the ‘West’ (including countries like Australia, NZ…) as they face the onslaught of China, India, Brazil… From a nation-building standpoint, it will be interesting to see how each country will sustain an inviting social structure for future immigrants all the while maintaining its unique identity.  I have always believed that a country gets the immigrant population that reflects its socio-economic policy (the subject of another article to come) more than the immigration policy itself.  To the extent that these issues stir up fears and negative feelings, they may just serve as a way to rile up the population (and occupy the media) to shift the focus away from what remain the very real and major issues of economics, education, medicine, security and infrastructure.

In the meantime, we should observe the fallout of the Roma and Ground Zero Mosque (GZM) situations with scrutiny.  Your comments and thoughts?