2012: The year of seismic elections

Next year is the year of presidential elections in a vast array of countries, with particularly high profile elections in US, France, Russia, India, Turkey and China. Moreover, arguably as important from a geo-political standpoint, there are the inaugural and/or still-to-be-fixed elections in hot spots like Egypt, Tunisia, Angola, Yemen, Kosovo and maybe Palestine?  It promises to be a seismic — if not apocalyptic — year.

Social media is no longer an option in politics 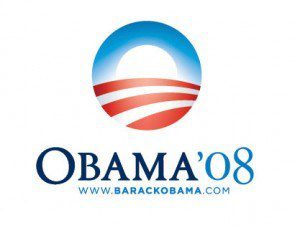 To the extent social media played a large role in Obama’s 2008 victory, and contributed to the successful depositions in Tunisia and Egypt, it is no longer possible to ignore the role of social media in politics.  Next year is likely to take social media to a whole new plane.

It has been most interesting to observe how political parties are taking to the social media. Culturally, historically, technologically, there are plenty of ways and reasons that politicians and political institutions are using social media and social networks.

The installation of social media networks in countries has been a people-led initiative. Facebook, Twitter and YouTube are the 100 pound gorillas in most – but not all – countries.  There are plenty of countries where the choice includes legitimate or dominant homegrown players.  But, in basically all cases, politics has played a significant role in the development of social media, either in its role in the democratization of social media, in the resolute control against or as a vehicle for popular opinion to rise up against the installed power.  Politics and social media are destined to have an intertwined existence.

Many choices and different strategies

When developing the digital media strategy for a political campaign, there are a multitude of choices to be made. To start with: to focus on text, image or video. Then, for each media, the appropriate platforms.  Of course, all this needs to be fed out of the intended message and audience.  As prices for acquisition have been rising steadily, the digital option is no longer just the “cheap” choice.  The investment in resources is entirely strategic because it includes defining the message, the channel and the people/team.

Trying to get a handle 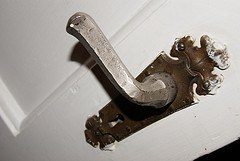 On another level, what username should a politician use? Akin to branding, politicians need to adapt to the designs and constraints of each platform. I am intrigued by incumbent politicians who accept to use institutional names, such as Number10gov for the Twitter handle for the office of the Prime Minister of the UK, or Elysee for the French President. The intention is that the channel not belong to any one party or person.  However, I personally believe this is misguided.  Because, fundamentally, I believe that you elect an individual and you listen to people and keeping an impersonal handle will only keep a distance between the people and the politicians.  A friend of mine said recently, perhaps that’s a good thing, because then the people will not be able to observe the ineptness of certain politicians.  I would like to hope that is a bad thing!

Just as the leader of the company plays a decisive role in the acceptance of and investment in social media as a bona fide part of a company’s communication strategy, political parties are also run by individuals who need to be responsible and accountable. As most surveys around the world will attest, there is a distinct distrust of politicians, ironically, right up there with marketers. I don’t believe that having an unpersonalized twitter account will help bridge the gap. While any system is apt to be gamed and total transparency is not feasible or desirable, a politician desiring to create and model authentic leadership ought to be able to create his/her own username.  Similarly, company leaders (i.e. c-suite executives) must also set the example and bring a more authentic and transparent leadership in their social media strategies to encourage dialogue and create engagement.  The alternative is apathy, distrust and disengagement which, in my opinion, is not positive for democracy or progress.

As always, I welcome your comments.  Do you think that politics has such a strong role in the roadmap for social media in your country?