Not the film of all time 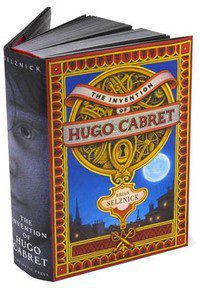 To ring in the new year, we went to see the new Martin Scorsese film, Hugo, based on the book, The Invention of Hugo Cabret, by Brian Selznick. This 2 hour+ film did not seduce me on the merits of the direction, plot or acting. I thought of it more like a nostalgic film for the film industry. At best, Hugo is a film about time, rather than a film of all time.  However, the “picture” — as in the cinematography — was at times delightful. Being in Paris and having been a student of film at university, I can appreciate the desire to recover and repurpose archival film and the wonderful creativity of Georges Méliès. The film does a good job of reinserting old film into a new context, which I am going to assume was one of Scorsese’s primary motivations for making the film.

Oh yes, there was one other thing: vocabulary.  The charming young Isabelle (Chloë Grace Moretz) spent the entire film showing off her good English vocab.  I smiled, thinking that maybe some kids would pick up some words.  Only problem, there was no clickable link through to the dictionary to verify the meaning!

Meanwhile, if I may not have been overly thrilled with the writing and some of the acting, I did have a few “moments” in the film, where my internal message center lit up.  Here are the three parts to the film that did ring true for me:

I’m not going to make you go out to see the film with this review.  The film has its moments and I enjoyed Christopher Lee as the librarian, Mr Labisse, and Ben Kingsley as Georges Melies.  Kingsley, whose birth name was Krishna Bhanji, typified a rather international crew.  Hugo is a touching tribute to old film with a couple of poignant moments, but not well enough written to have more than 2.5 out of 5 rating.