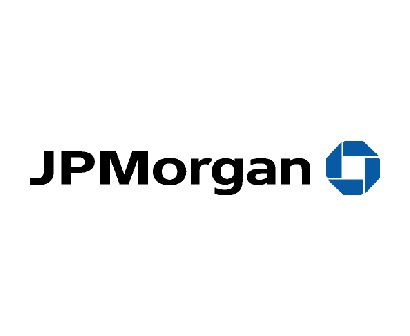 Unless you live in a cave, you will have heard that JP Morgan has taken a (minor) hit to its balance sheet as well as its “balanced” management reputation.  As several articles have pointed out (I refer you to the Daily Beast), there have been three celebrated cases of “rogue” French traders causing substantial losses at three different banks.

First, there was the famed Jérôme Kerviel, who generated a 5B euro loss at  Société Générale in early 2008.  Then, in 2010, there was “Fabulous” Fabrice Tourre, whose employer, Goldman Sachs, had to pay out half a billion dollars in fines related to his “ingenuous” creation of the “Abacus synthetic collateralized debt obligation.”  Talk about a complex product.  And, then last week, we now have the third muskateer: Bruno Iksil, implicated in a $2B loss at JPMorgan Chase.  Known as “The Whale,” he seems to have been beached.

The outcome and who takes the blame?

For Kerviel, he has been sentenced to five years in prison and ordered to pay €4.9 billion ($6.7 billion) in restitution to the bank.  Good luck in getting that back.

According to Wikipedia, the outcome of the Tourre scandal was that “Goldman agreed to pay $550 million – $300 million to the U.S. government and $250 million to investors – in a settlement with the SEC. The company also agreed to change some of its business practices regarding mortgage investments, including the way it designs marketing materials….”  Goldman has not admitted wrongdoing.  Tourre’s future, meanwhile, is still hanging in the balance.

Who knows what the future holds for the London Whale?  But, already there has been a major fallout among the senior ranks who have been dismissed/resigned as a result.  Management has clearly been held responsible.

In what I found a brilliant summary, the way the banks, Société Général and JP Morgan,  handled their respective cases, led my brother to write the following comment to me:

“The difference is that in the French bank, it is the poor little trader that takes the hit and in American banks it is the management that takes its responsibility.”  I think that the Goldman case shows it is not quite as black and white.  But, the point is that upper management is and should be, by definition, held accountable even if one of its employees are guilty.

The sub plot of all three of these scandals is the French Connection, related to a strong educational system in France that focuses on mathematics and enables the French students to tackle and, indeed, invent such complex matters as derivatives.  The second thread is that, as in the case of Tourre and Iksil, there is an evident attraction by certain French young men to the Anglo-Saxon world (of banking) and an equally evident ability to tolerate risk — a characteristic not regularly attributed to the French.  A third point is the age of these men.  Kerviel and Tourre were both exactly 31 years old at the time of the ‘infraction.’  And, if you check out the other major recent rogue trading scandal (not involving a Frenchman) with UBS’ London-based Ghanian, Kweku Adoboli, who was nabbed for a £1.3billion loss, he too was 31 years old. Iksil is apparently “in his 30s.” (Anyone know his exact age, please comment!).

Some conclusions (and I’ll gladly look for yours!):