The Cults of Perfection and Secrecy

A couple of days ago (Sept 28) both the US Intelligence and Apple did something simultaneously and quite counter cultural: they both admitted that they had made mistakes.  Both the US intelligence and Apple have a history of not standing down.  If it is honorable to strive for perfection, it is also decidedly implausible to be perfect.  (You can tweet this!).  Apple is well known for its cult of perfection.  The US Intelligence, with its cult of secrecy, has a history of being, shall we say, a bit arrogant.  In the case of the Benghazi situation, the murder of the US Ambassador and 3 other US citizens on 9/11/12, was reported by the US intelligence inaccurately.  They took more than two weeks to confess that they had gotten things wrong.  Notwithstanding that that we’re in the heat of the elections, that seems like a long time to wait to own up to something which the media had been broadcasting for quite some time.  For the Intelligence operations, it’s totally necessary to have a culture of secrecy.  It comes with the terrain.  That said, it also tends to have a blinding effect.  Some companies also have a cult of secrecy, despite the fact that their products are not necessarily State Affairs.

Admitting errors with a twist 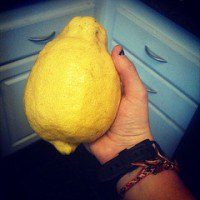 Apple came out with their iPhone 5 and iOS6 on September 21.  It didn’t take long for the net waves to be besieged by unhappy users of the new Apple maps which had supplanted the Google maps app.  Tim Cook and co. issued a letter with a mea culpa one week after the launch.  If Steve Jobs was not celebrated for his ability to admit mistakes, he did do so on one occasion, notably after the radical price drop for the iphone in 2007, just two weeks after launch.  It was taken as a less-than-soulful apology.  In the case of the maps app, Tim Cook wrote in his letter, “With the launch of our new Maps last week, we fell short on this commitment. We are extremely sorry for the frustration this has caused our customers and we are doing everything we can to make Maps better.”  (Read full text here)   Tim Cook’s apology is smart: it acknowledges the error and, moreover, offers a solution, in the form of other [competitive] options, including Google or Nokia.  Making mistakes is perfectly normal.  It’s how you admit to them that makes the difference.  (Click to Tweet!)

For brand marketers, in an era of increasing speed to market and evermore sophisticated users, the opportunity for mistakes is all too frequent.  The need for clarity and rapidity is elemental.  I would tend to believe that companies should create a mistake policy, just as one might have a crisis policy.  Making mistakes are a sub-component of crisis management.  Admitting them in an appropriate manner is a way to avoid a larger calamity.  A mistake admission must be fast, clear, genuine and, ideally, should propose a solution.  Aside from anything, a little imperfection can be charmingly authentic.