At this year’s Hub Forum in Paris, Emmanuel Vivier and Vincent Ducrey put up another great two-day programme.  The theme this year of the Hub Forum 2013 was ROI = Return on Innovation.  For sure, there was a good crowd on hand.  The event was live streamed and was, unsurprisingly, a trending topic in France for much of the two days.  I didn’t manage to attend the full two days, but here were some of the big takeaways from my perspective.

The effect of digital on organizations has clearly brought to the surface the importance of the human factor.  Whether from an organizational standpoint, a search for talent, the cross-channel challenge or the mixture of IRL/URL, the role of the human being is elemental in the digital transformation.  It was naturally the focus of the HR 2.0 session.  The human element was cited for its role in perfecting moderation (Netino).  There was the citing of the role of great talent in creating innovative services and offers (@NicolasBordas).  I noted the attention to the customer experience and customer service (e.g. Uber, Airbnb).

This tweet above in French from the keynote speech by Laurent Solly (MD of Facebook France) says: “The Human Being didn’t adapt to digital.  Digital adapted to the human being.”  Good food for thought.  As was stated by not a few people, getting digital right is a question of mindset: open to failure, test and learn, sharing, agility…  {Click to Tweet}

France is Strategic on the World’s Stage 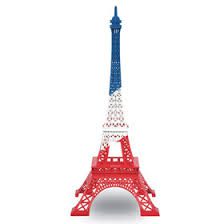 There were several speakers that spoke to the importance of France on the world stage.  Navi Radjou, a thought leader and strategy consultant, explained that he comes to France regularly because there is more happening in terms of innovation in France than in Silicone Valley (where he lives).  Joe Fernandez, CEO of Klout, has used France as the first official launch outside of North America, essentially because of the partnership with Orange.*  Pierre-Dimitri Gore-Coty, head of Uber France, explained how the Paris market was ripe for Uber (and I add what he omitted to say: because the taxis in Paris are in desperate need of competition).  Finally, there was Neelie Kroes, VP of the European Commission responsible for the Digital Agenda, who saw fit to come to the Hub Forum (while France’s own government or Minister in charge of Digital didn’t).  Mrs Kroes gave an impassioned talk, believing in the great innovation ability of Europe and the need for the community of Europe to agree to harmonize the telecommunications standards in Europe (upcoming vote in two weeks).

Mrs Kroes cited the French standout achievements: Deezer, DailyMotion, Vente-Privée, Viadeo, Criteo and Jolicloud.  (You can read and comment on her speech here).

If the importance of eCommerce was underlined by several speakers (notably Marc Lolivier from the FEVAD), the identification and separation of “digital” marketing and “electronic” commerce were both targeted for extinction.  Jacques-Antoine Granjon, the magistral CEO of Vente Privée, was forceful in his prediction of the end of [most of] the pure players.

Marc Lolivier from the FEVAD estimated that in 2020, we will no longer be talking about eCommerce, but Hub Commerce.  Similarly, there was a certain wave of comments about the end of digital and social media marketing because they should be seamlessly integrated into the marketing function.  Of course, I would add that we are not fully there yet; at least, not in France.

There was a lot of mention of the importance and abundance of data.  Aside from the concerns of privacy, there was a good amount of attention to converting data into intelligible and useful information.  Big Data must become smart or effective data.  The issue is analytics and, I would add, finding the right talent to be able to collate and harvest the data.  Joe Fernandez from Klout talked about managing 15 billion data points daily — enough to make the mind spin.  {Click to Tweet}

English is still a problem? 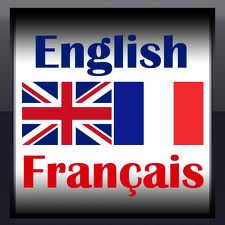 While there were lots of positives to the Hub Forum, I did note two areas of improvement. First, perhaps because I am sensitive to the issue of language.  I note that Mrs Kroes, who is Dutch, was also keen to promote the need for more English speakers in Europe.  This struck a chord when in two of the following panels on the second day.  Specifically, there were two panels that featured English speakers (Joe Fernandez from Klout and Esohe Omoruyi from the Body Shop).  However, the other chosen panelists were Francophone which meant that the English speakers were excluded from the vast majority of the conversation.  My recommendation: provide translation (at least for the person left out onstage) or all people on the panel should speak the same language.

For a crowd of 1,000 people who index highly in the world of social media, it was painful at times to connect to the wifi, judging by the number of gripes on Twitter (proving that they managed to get online in any event).  Plenty of people had issues getting connected at one time or another (personally, I only had the challenge once).

Meanwhile, at each break, it was a dash for the plugs to get recharged… all the more pressing by the end of the day.

Aside from these minor issues, the Hub Forum was once again a great meet-up.  The rhythm of presentations was extremely dense and considering the number of onstage participants, it was run very efficiently.  Many interventions would have benefited from a longer time slot.  It’s always a tug-of-war in having the right balance between having the sponsors, keynotes and panelists, etc.

For further reading, here is a Storify I published and I thoroughly recommend these write-ups by my friend, Thierry Mossu, on the Orange Live Blog.  If you read French, you can also try this article on WeAreSocial, by Mathieu Flaig.

*Full disclosure: Orange France is a client of The Myndset