During my visit to Shanghai, I visited the brand new Jing An Kerry shopping mall, situated in prime real estate downtown.  On the 4th floor, Under Armour has opened an innovative shop, truly not like others.  Storytailing: a true execution where the shop is 80% story and 20% store.

If you don’t know Under Armour, it’s a near $2B sporting apparel company, founded in 1996 by a 23-year-old athlete, Kevin Plank, and based in Baltimore Maryland.  Having observed Under Armour in several countries, it’s a brand that seems to know how to break codes.   Herewith the storytailing concept, a mixture of brand storytelling and retailing, launched in Shanghai.  Below, I wanted to highlight their Shibuya Tokyo store. 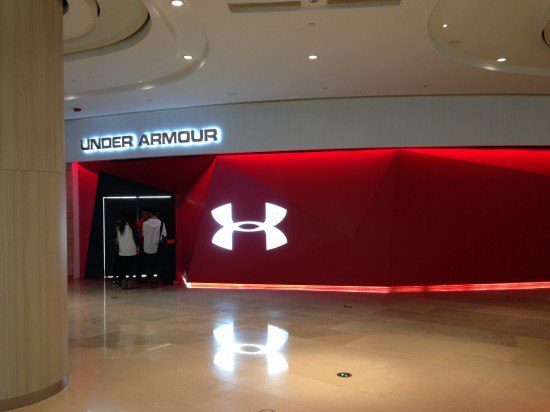 While not located in the highest footfall area of the mall, the “storefont” looks more like Under Construction. Approximately 15 metres wide, the front is all intrigue.  Gated by two athletic men bearing iPads, I was admitted at the expense of an email address.  Inside, I was told there was a 7-minute show.    When they were ready, the doors were open and I was awash in a flood of white light. 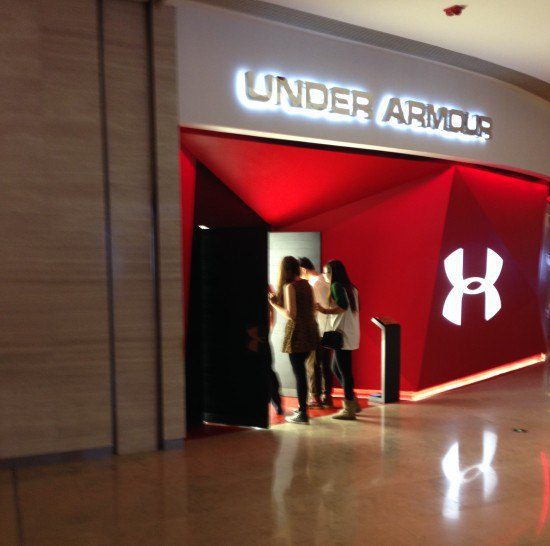 Into the pearly gates…

Once inside, we were ushered into a large room that was thin in depth, but rather wide. We stood behind a bar and then the room turned into a widescreen movie, playing all around us with surround sound. The 7-minute movie was all action. 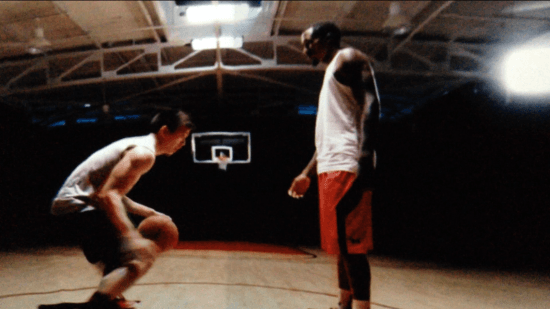 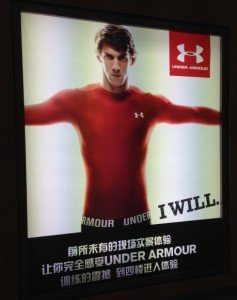 Once the film was finished, we were escorted through a diminutive selling space where you could pick up a brochure and/or buy one of some 20 references that were stored on the scant shelves. The Under Armour team has dared to be different. Where they could have been much stronger is in the integration of a great social component; what I call social retailing. First, they did not allow me to take pictures or film. The Kerry mall does have wifi, but clearly, they were briefed not to allow social sharing. Secondly, in the retail store there was no incitation to share. No QR code. No reminder of WeChat or Sina Weibo… Moreover, on the ‘reminder’ poster (see right) located on the 3rd floor of the mall (encouraging people to go visit the UA experience), no URL, social buttons or QR code to facilitate the link. 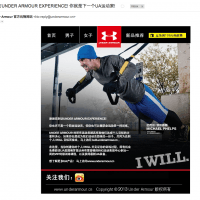 I did receive an email of confirmation from UA (left) the afternoon of my visit. However, nothing since. Notwithstanding my lack of Chinese, I did find a link in their email to their Sina Weibo page.

In terms of justifying the investment (the famous ROI), one has to imagine that there were some reasonable metrics put in place, including how many visitors mentioned, micro-blogged, blogged, etc.  Also, I will be keen to see if they pursue any emailing with me to see how they work their CRM.  So far, nothing more (it’s been three weeks).

Overall: A great case of storytailing, but a disappointment in terms of social retail.

I also visited the Under Armour store in Shibuya, Tokyo.  Their storefront is a standout in a crowded space.  I’ll reserve a recounting of the inside for another post! 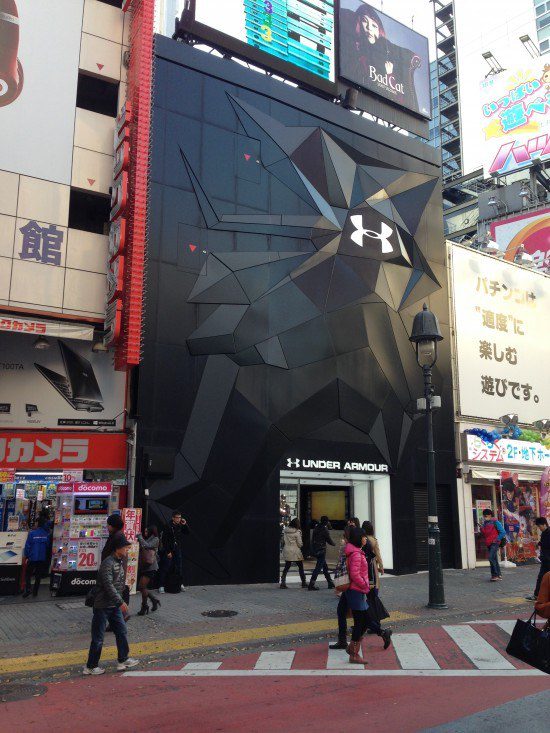 Under Armour in Shibuya, Tokyo