I recently took a British Airways flight in business class on a brand new 787 “Dreamliner” on one of the first ever non-stop flights between London and Austin Texas (it was for #SXSW2014). I would note that I certainly don’t intend to be complaining about privileged travel in this post. My point is to observe the explicit consequences of not being customer centric. Embarking at Heathrow Airport’s Terminal 5, I was ushered through the “fast track” customs and baggage control without much ado. After collecting my affairs, I noticed that to the right there was the Concorde Lounge, but was informed that it was only for First Class. I was told that the BA Business Class lounge was downstairs, immediately underneath. To get downstairs, you have to go about 60 meters past a row of stores. The escalator down is around the other side. Once downstairs, I headed back from whence I came. Signage was poor. The route was lined with shops, mostly luxury brands such as Gucci, Prada, Harrods (see below). It turns out that the space “immediately underneath” the Concorde Lounge was under construction. No sign of the Business Class lounge. 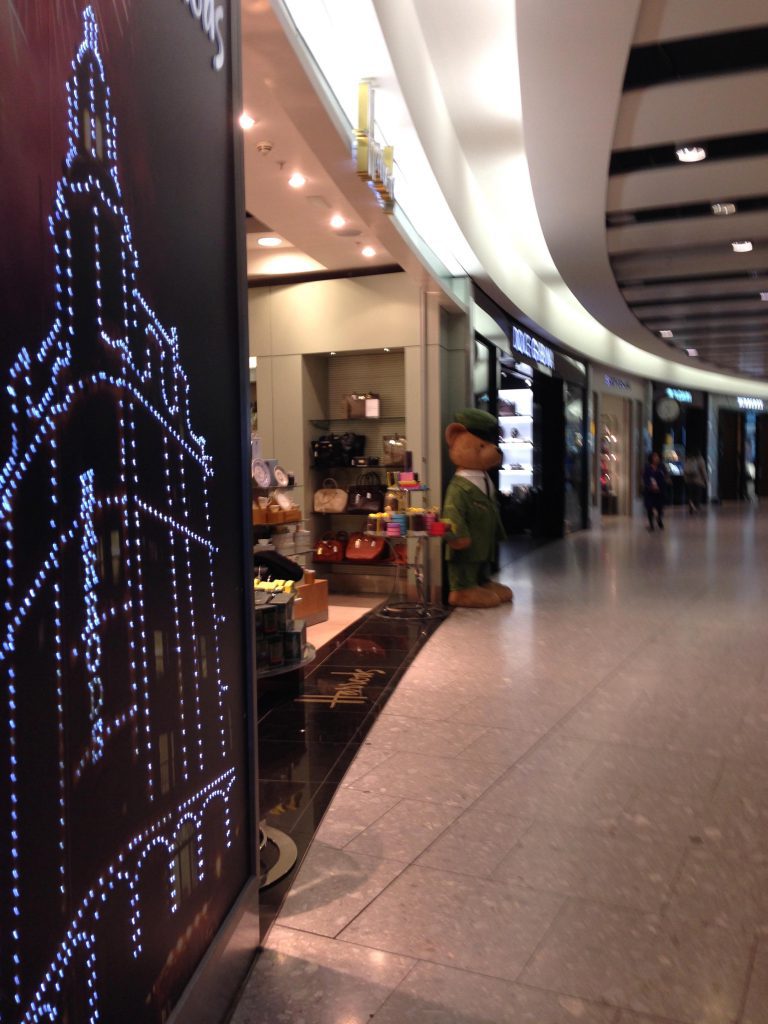 A row of prestigious — if outrageously expensive — shops

Looking at a customer’s journey…

I eventually saw a sign on the elevators for the Business Class lounge. The lounge was apparently upstairs after all. The elevators, however, didn’t work. I finally found the escalator and went up. When I went in, I found another long hall at the end of which was, to my surprise, the main entry to the Concorde Club (on the other side to the access after the baggage control).

Amazingly, the journey was not finished. There remained another escalator. The mapping below attempts to describe the long walk from the baggage control to the lounge. Ultimately, I ended up directly ABOVE the place where I had come through baggage control. In short, one is made to walk for some ten minutes to end up almost where one began, thus missing out on an extra ten minutes in the lounge. 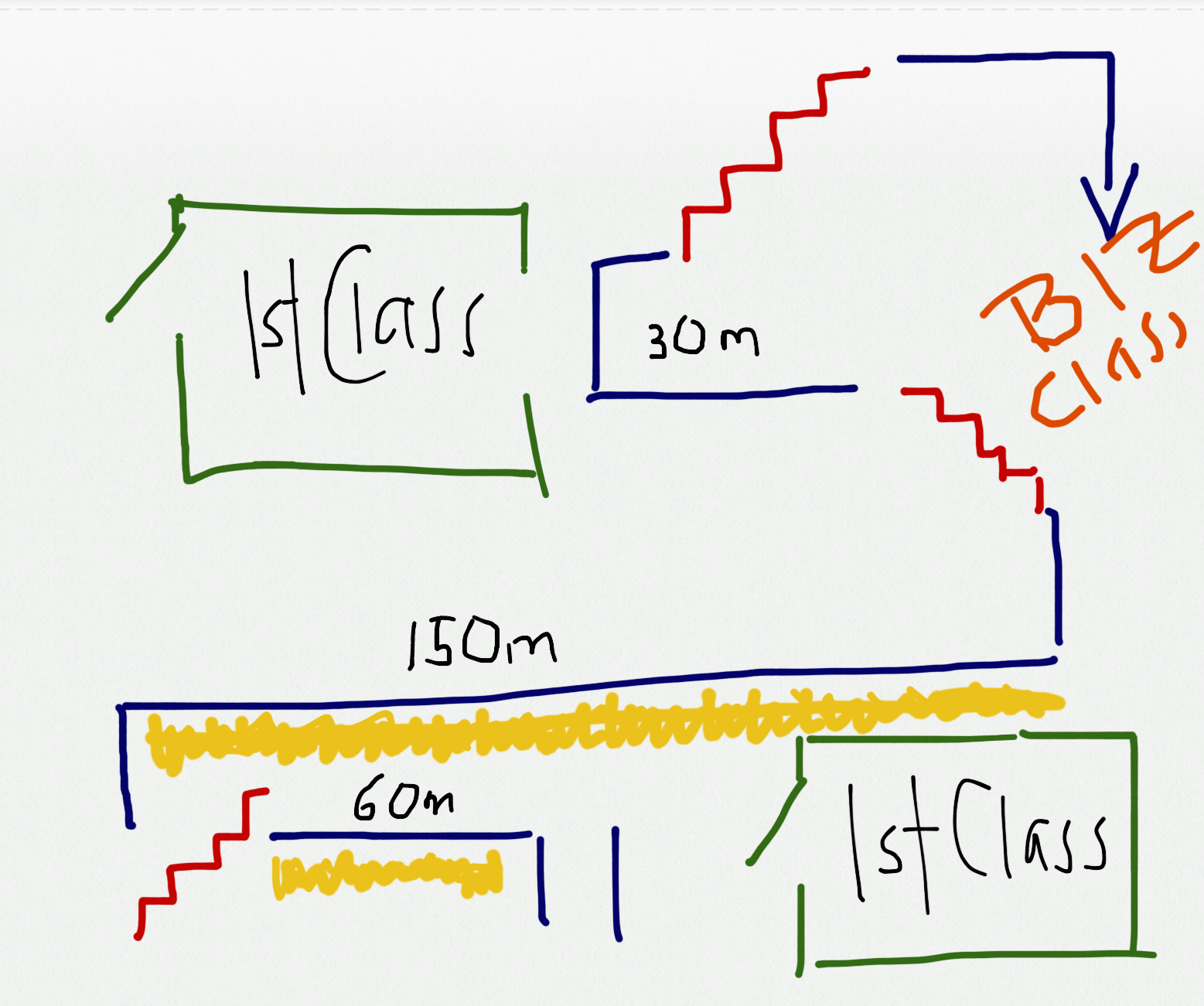 Talk about customer journey! In the desire to encourage commerce, Heathrow Airport has configured this circuitous route in order to tempt — if not oblige — passengers to stop into the stores.

Being customer centric is strategic

Heathrow clearly has its own bottom line at heart. Making people walk down and around the aisles in a confusing and torturuous route is probably part of the reason people are shying away from big box stores. This design at Terminal 5 is clearly the result of a business manager who, in all likelihood, created spreadsheets showing how many “additional” people might be tempted to stop by and, based on a hypothetical average purchase, would bring in some amount of added revenues. Meanwhile, customer satisfaction for all the non-buying passengers has been wildly overlooked. Heathrow’s management is catering to the less than 5% of passengers who do stop in versus the 95% who have to walk the long route.

Where is British Airways’ customer centricity?

The post scriptum of the visit was a much unwanted and unglorious mad sprint to the boarding gate. Unbeknownst to me and without any indication from the BA staff at the Lounge, I discovered that the boarding gate was a full 20 minutes away from the lounge. You would have imagined that BA personnel would know that passengers need to be warned about the distances. “Gate closing” was the sign I read on the departures screen BEFORE I got on the train that whisked me to the other hall. Fortunately, I managed to get there in time and settled in to my seat in a pool of sweat. Oh dear. Not an auspicious start to a 10+ hour flight.