The Internet Retailing Conference 2014, held in Hammersmith and run by Ian Jindal (Editor-in-chief and co-founder with Mark Pigou), was a great event. Now in its 9th edition, it is clearly one of the capital moments in the eBusiness/eCommerce space in the UK. The day kicked off with keynote speeches on the development and perspectives of John Lewis, Zalando and House of Fraser. The remainder of the day was filled with breakouts and networking, with three tracks along the themes: Tide, Time and Place. Herewith, a collection of some of the key thoughts I registered.

“Accept the mess and then clean up after the party”
– Jerome Cochet, Senior Vice President Sales, Zalando, talking about the attitude of taking on the change needed in this realtime, multi-screen, multi-lingual environment. {Tweet this!}

“Treat every day as your first day”
–Zalando mantra {Tweet this!}

In testament to the test & learn attitude with the benefits of experimenting, I felt the need to transcribe a filmed speech of John Spedan Lewis: 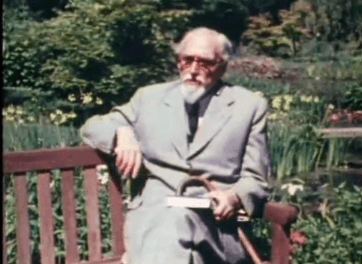 “If the John Lewis partnership comes to something, it will be because I have brought to the management the mind of a naturalist and a liking for gardening. If a naturalist who was a bit of a gardener, found a seed washed up by the sea, he might plant it and tend it just to see if it was alive. And, to see what it could come to if it was alive. The John Lewis partnership has been an experiment of that sort, not with a seed, but with an idea for a better way of managing business. So, that instead of the many exploited by the few, there would be genuine partnership for all, managers and managed alike, all pulling together for their common advantage. General change this way would, I believe, gives us a vast increase of production and a much healthier, happier world. Experiments like these are very much needed. To help in one of them can be a really good use of one’s life. I hope that as the years pass, you will feel this, more and more.”
–John Spedan Lewis, son of the founder, John Lewis (Here is the 2″ video clip on BBC, courtesy of John Lewis Partnership) {Tweet this!}

“You may not have clarity about the future, but what’s important is to have a clarity of view where you think you’re going, and to course correct along the way.”
–Mark Lewis, Online Director, John Lewis {Tweet this!}

“It’s important to be open minded to the sources of innovation”
–Mark Lewis, Online Director, John Lewis {Tweet this!}

“Take the moment of marketing and make it the moment of sale”
–  Chantal Restivo-Alessi, Chief Digital Officer, HarperCollins Publishers Worldwide {Tweet this!}

A Storify of the Internet Retailing top tweets

Here is a storify story I compiled of some of the best tweets from the day:

Which is your favorite?