Bad news about Uber continues to dominate the airwaves and the digitally connected consumer — Uber’s target market — is not sitting dormant. There has been the alleged mistreatment of its drivers, women not feeling safe, the godview app to spy on the travels of its customers, digging into the personal lives of its critics, not to mention the overall questionable legality of its business. Last month, the provocative Uber ‘brand’ took another mistep when it broadcast a ludicrously sexist campaign and partnership with Avions de Chasse* in Lyon, France. This partnership was launched end of October 2014, and published on Uber’s blog, before being taken down in short order after justified criticism. This is the initiative that Uber joined hands with:

*Avions de chasse” is the French term for “fighter jets”, but also the colloquial term to designate an incredibly hot chick. Lucky you! the world’s most beautiful “Avions” are waiting for you on this app. Seat back, relax and let them take you on cloud 9!
–The Uber ad in Lyon translated into English, as reported by Buzzfeed earlier last week

Designed as a 3-day promotion in Lyon to attract business to Uber, the Uber & “Avions de Chasse” partnership could hardly have been more poorly conceived nor in worse taste. Really, what were they thinking? To boot, I noticed the site has a typo in the banner on top of the page: “Seat back” instead of “Sit back…”  You can just hear the French accent, no? (See below). The promotion didn’t ever see a single ‘hot chick’ taken for a ride, as Uber France was forced to retract and apologize. But, I should say that the damage is done. Errors and outrage are perhaps part of a disruptive enterprise. However, in this case, the Uber team is demonstrating, in my opinion, a complete lack of taste and customer understanding. 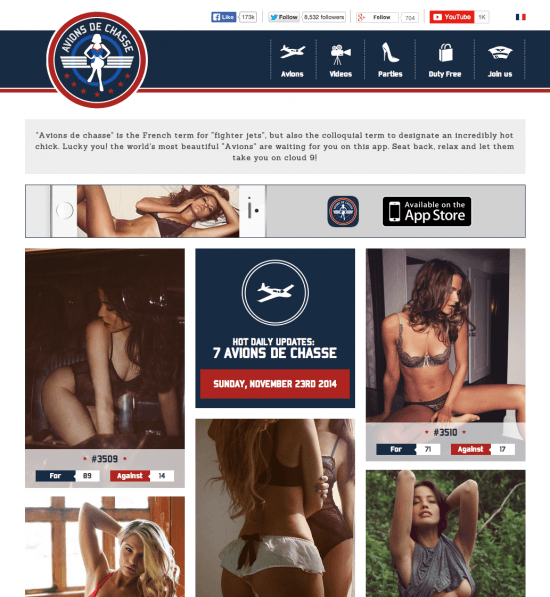 As brick & mortar companies come to grips with the digitally connected customer and the creation of an omnichannel (digitally enhanced) customer journey, pure player companies like Uber, whose very fabric is based on the digitally connected customer, face other forms of challenges today. Sure, Uber is being disruptive and provocative by its nature. However, its digital-centric existence brings up other challenges that, I believe, will be echoed more and more throughout all manner of [brick & mortar] companies as the rise of digital (social, mobile…) continues. {Tweet this!} For example, to what extent do the senior managers who are approving creative work and budgets actually understand the user experience and the value of a good programmer? {Tweet this!} 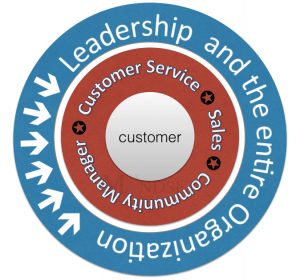 These challenges come in the form of the digitally connected customer, but also, in Uber’s case, the digitally connected driver. The drivers that work for Uber are, by definition, of a higher digital savviness than regular taxi drivers, if only because the smartphone is the epicenter of their business. Thus, these drivers are more prone to be up-to-date on digital initiatives and news, as well as probably being more socially connected. As such, when [bad] news goes viral about Uber, their fleet of drivers will all be aware… in real time. Because of the loose confederation of Uber drivers, bad ethics and news can become an albatross for its employees and drivers. This can create an additional and potentially bigger headache for Uber HQ, because the drivers are left to themselves in defending off “side comments” and/or arguments about the Uber business model, leadership and practices. Uber needs to convince and assuage not just the potential and paying customer, but the engaged driver.

The Uber model is predicated on service. The “product” is an available and more-or-less standard car, driven by a more-or-less trained individual. And the customer of a taxi or limo service will inevitably include a large proportion of women. To wit, as Imogen Rose-Smith points out in her piece on Institutional Investor, getting into someone’s car is an act of trust. Getting into someone’s personal car is an act of personal engagement. Thus, the branding of Uber is intrinsically personal and starts with the personnel. All companies — even those manufacturing products — have to pay more attention to the service component which is going to be manned by men and women employees. Take Apple, for example, where 62% of its entire workforce in the US is customer-facing on a daily basis (Apple Jobs Creation). Apple employees are a major part of the Apple brand. 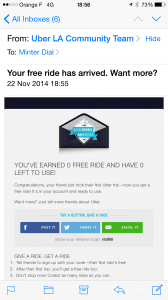 Without doubt, Uber has pioneered in many ways and disrupted not just the taxi business, but whole other industries. Unfortunately, being so reliant on digital tools and devices, they will also need to be more effective in building a digital strategy. And digital marketing still relies on talented human beings being able to code and run the automated marketing processes put in place! {Tweet this!} To wit, the mail I received (right) which announced to me that I had “earned 0 free rides and have 0 left to use” was startingly wrong.* A big part of their success has been on facilitating word of mouth and referrals. Finding ways for its international client base to share the word with people around the world, regardless of their currency or country of residence will be an important way to penetrate that class of clientele. If they want the boisterous frat boy, they may think that working with the likes of Avions de Chasse is ok. But, for the rest of us, we think that manners and attitude matters. I continue to use Uber for its strong presence; however, alternatives are certainly looking more attractive, not to say appropriate.

Lyft, Uber’s archrival, has meanwhile partnered with Budweiser in the US in this 2014 Christmas ad. As drinking and driving don’t go together, I would wager that the Lyft that this ad provides is a lot more on course, in gear and effective. {Tweet this!}

What do you think? Time to ditch Uber? Or do they deserve a break?

*P.S. I note that, after I sent this erroneous marketing message to the UBER France team, they did credit me with 20E within 48 hours. So, that’s not so bad.