The wave of wearable technology is upon us. In the wake and fanfare of the Apple Watch, I was invited to attend the launch of the brand new ‘Connecting Jeans’ launched by Kaporal in association with Buzcard, both of which are based in France. To the extent the quintessence of wearable tech = fashion & technology, these connecting or connected jeans, represent a novel way to add value. 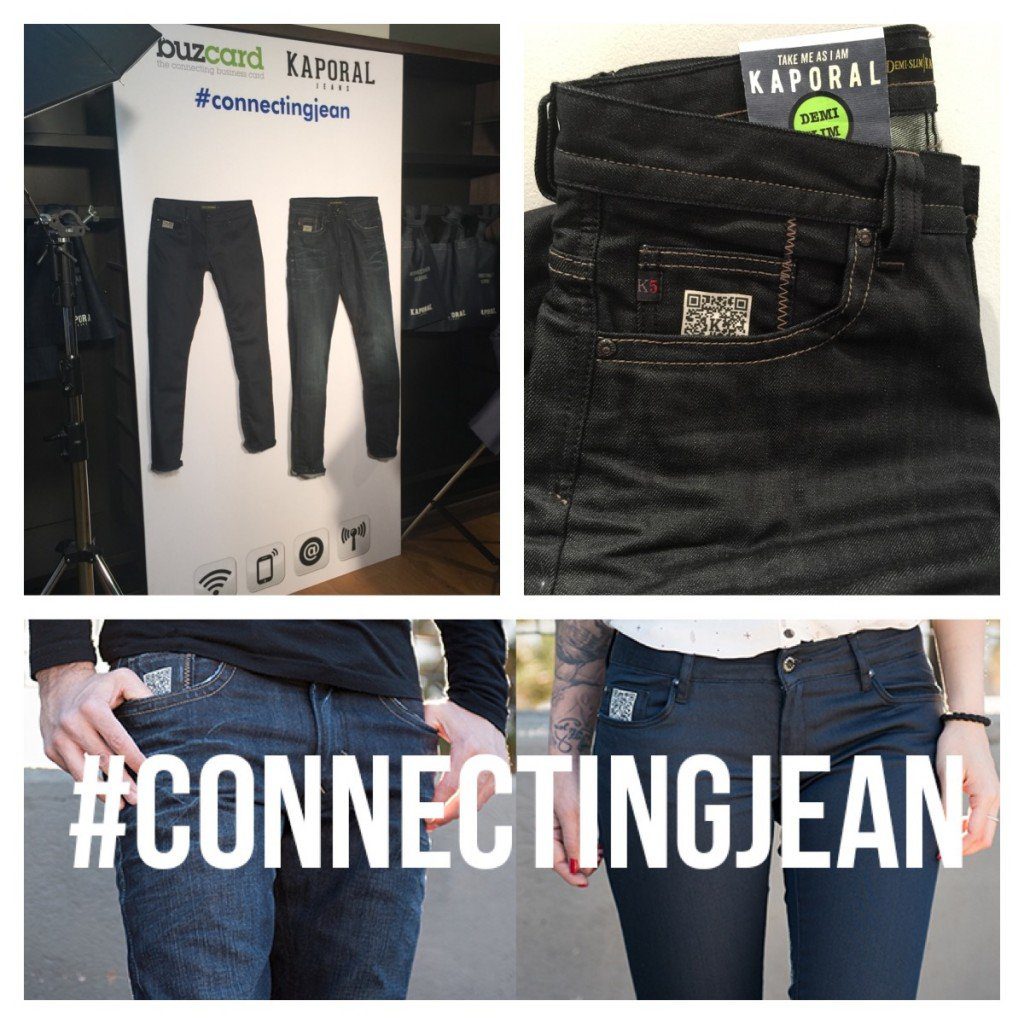 With your connecting jeans and a QR reader, you can give out your personal details without needing a physical business card. [You can even exchange your details without the scan of the QR code, but that ruins the fun!] Aimed at a younger jean-wearing clientele, the concept of exchanging details at a party with just your smartphone makes consummate sense.

As we know, it is not about the technology.  And, ideally, it is not so much about the product either. It is about the service that is being provided around the product.{Tweet this!} Unlike most QR codes that are “static links,” the Buzcard solution allows the user to keep his/her details up-to-date with all those who have “accepted” to receive the VCF by email (see below). 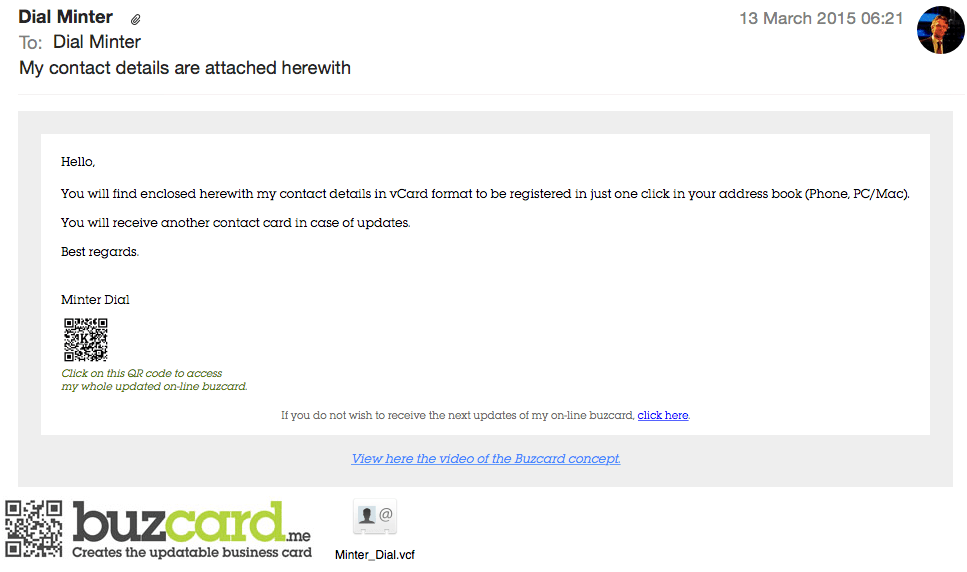 Email sent to the person who scans and inputs their address

The QR code — plus & minuses 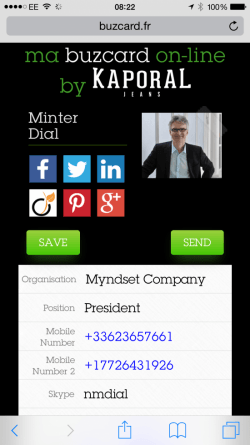 If the QR (Quick Read) code remains somewhat marginal in most countries, I remain a fan, especially when the resulting destination can be updated (as in this case). However, placed inside the right hip pocket, the Kaporal QR code is slightly masked, meaning that the scan needs a certain dexterity. Secondly, as with any QR code reader, lighting must be sufficient (which might not be the case at night clubs, for example) and since it is printed on fabric, I have found the scanning process a little finicky. Thirdly, the QR code patch will need to stand the test of washing machines. Finally, when it comes to personal details and handing out email addresses, there is inevitably a latent sense of mistrust. In my opinion, at the time of inputting one’s email, there could be more done to reassure the receiver that there is optimal security and confidence.

In terms of test market, I put the Connecting Jeans concept to work at SXSW. Reactions went from disdain up to glee. Pretty much everyone raised their eyebrows in curiosity. However, I was quite shocked at the number of attendees (young and old) of this nominally “digital” conference did not have a QR reader on their smartphone. About a dozen people tried it out. Several failed to get the QR to read. Others, were non-plussed by the multiple-step approach to get the VCF. And several became fans. The lasting image for me was how many prefered to take a photo of someone scanning my pants rather than find a QR reader to scan themselves. The novelty factor was clearly at play. 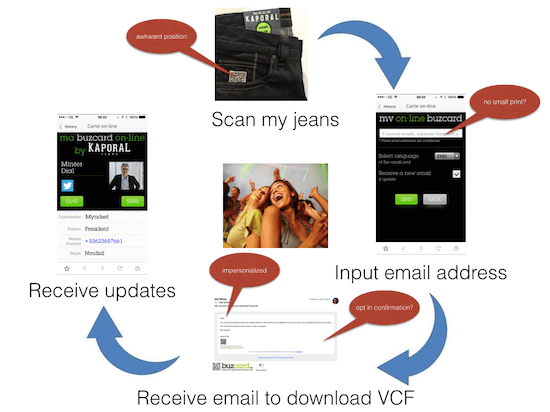 If the “technology” is a little meek in the form of a QR code patch, the “live” QR with updateable information is a legitimate  service for the user. Using it as a direct marketing tool will very much depend on the brand and target market. For having worn these jeans for a week of networking, I can see there is obviously a market for such an app. In any event, I enjoyed the experience of inducting people to the concept. And, I would certainly like to promote/encourage the idea of a manufacturer hooking up with a start-up to create such services.

P.S. The buzz about Buzcard

Buzcard, founded by Yoram Moyal and Eric Mouyal in 2010 and based in Paris, is an answer to the “ever-up-to-date” business card. The Buzcard system, targeted at the business market, operates as a direct marketing tool because updates can be automatically pushed out to those who have “signed up.” Thus, the idea of connected jeans for a young audience might not be a perfect fit considering Buzcard’s Business-2-Business positioning.