I had the chance to attend the Global Editors Network Summit (2015), held in Barcelona. Founded and run by Bertrand Pecquerie, the GEN is now in its 5th edition and goes from strength to strength. [Full Disclosure: I also emceed the GEN Data Journalism Awards (DJA) — and you can view the ceremony and the winners below in the embedded Youtube video.] There were about 500 people on hand, with representation from pretty much every big news media, as well as a lot of smaller newsrooms from around the world and a host of news media-related start-ups. One of the standout characteristics of this GEN event was the breadth of players and participants as well as the spirit of sharing. In this vein, one of the most remarkable sessions was entitled: “With the Benefits of Hindsight. Or Our Biggest Mistakes.” Mark Little (CEO/founder of Storyful) led the way by explicitly talking about the types of mistakes he had made. My key takeaway from what Mark said is that the biggest error is usually two-footed in variety: hiring the wrong person, doing the wrong thing to the right person, or not creating an environment that encourages individuals to be the best they can be.{Tweet this ♺!}

Here is what I came away with having spent three days immersed in the world of news media editors:

News media is at once reporter and actor of the digital revolution. Having been one of the first sectors to be impacted by the digital upheaval, the news is often about the upheaval. The news media companies run the gamut of the obstinately conservative and retrograde to the most forward thinking and innovative. GEN assembles all the actors which makes for a most stimulating look at the industry. When attending a news media conference about news media, you can hardly ever make abstraction of the current news. To wit, a number of presentations included screenshots of the morning of or referred to breaking news.

It is funny how the notion of silos and territories seem endemic to all sectors. A number of times the issue of needing to collaborate across functions came up. First, there is the traditional wall between editor and publisher. However, in terms of journalism, there are new collaborations that need to come alive in order to take advantage of the new technologies and digitally enhanced environment. These include the coordination and synchronization of digital and print media, between journalist and social media teams. Then there are the increasingly strategic links between editor and programmer, data analyst and designer.

Design is a core to the news

As much as journalism has classically all been about the content, the new technologies have absolutely changed the game. There were two presentations that had design and design thinking at their core: one by Cory Haik, Executive Producer & Senior Editor of digital news at the Washington Post about the special development for the Kindle Fire (thanks to the impulsion of owner, Bezos) and from Justin Ferrell, Fellowships director at the d.school at Stanford. But, design was also an important issue for many other speakers. Design is an integral part of the customer experience. 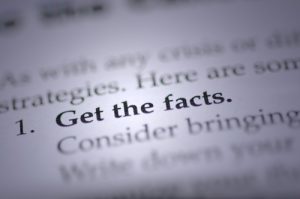 GEN began the data journalism awards in 2011. At the outset, this was a relatively foreign notion for media companies. With the quantity and quality of submissions growing every year, one can now say that digging into and studying data is part of new journalism. Many of the DJA winners showed how data journalism can be used for profound, meaningful work. Among the winners, I would highlight the work by ProPublica, founded by the masterful Paul Steiger who was on hand at the Summit, with “Treatment Tracker: The Doctors and the Services in Medicare Part B”, for revealing how doctors in the US are being subsidized by pharmaceutical companies or the types of fees they are charging.  There was also Swissleaks by the International Consortium of Investigative Journalists (ICIJ) and the work out of the (smaller) newsroom at Ojo Publico (Lima Peru): “Sworn Accounts: An Analysis of Changes and Wealth of Lima’s Mayors”.

Google News … may well be the news

Google, who was a sponsor of the event, sent David Drummond, SVP, Corporate Development and Chief Legal Officer, and member of the worldwide Executive Committee. Drummond’s main message was that Google wanted to partner with media. He highlighted the Project Shield initiative, designed to ensure sites are protected from DDOS. According to Drummond, Project Shield has protected 650 million pages to-date. Meanwhile, there was also the Trust Project, whose purpose is to find ways to (re)gain trust in the way journalism is conducted.

One of the more stimulating sessions, as far as I was concerned, was on podcasting, featuring Dana Chivvis, producer of the amazing Serial (89 million downloads to-date), Siobhán McHugh (RadioDoc Review, Australia) and Francesco Baschieri (CEO of Spreaker) and moderated by Mark Rock (Founder & CEO, The Adio Corporation). Siobhan gave some marvellous insights as to why the audio form has a bright future, talking about the great and different benefits of not being visual. Siobhan talked about the opportunity to multi-task, “podcasting is God’s gift to ironing” as well as the idea of cinematic audio. Dana Chivvis’ first-hand recounting of the Serial phenomenon surely shows that it was not a fluke. There was deep talent in journalism and storytelling as well as a healthy dose of smart marketing and seeding. Dana also highlighted how new technologies are going to facilitate more audio listening (the increasingly digitized car, the iOS podcast button…).

For those of you who would like to know more about the Data Journalism Awards, you can view the whole session here. For each of the 14 awards, there’s a short video explaining the laureate project.