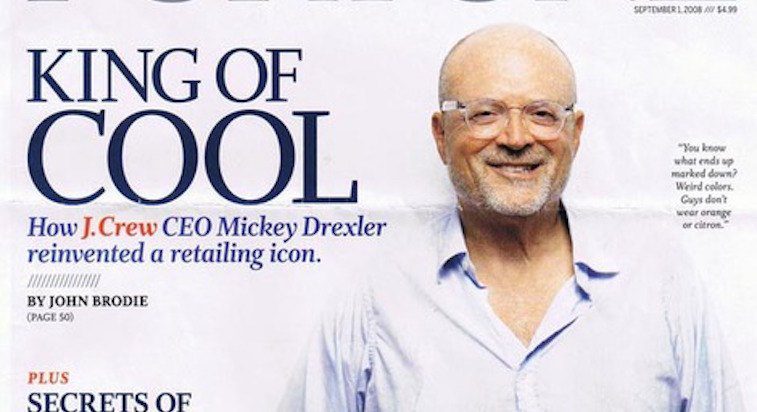 Anyone who was on any of the J Crew’s mailing lists, received an unusual email last month that was signed by the CEO, Millard “Mickey” Drexler.* What strikes me about the note was how personal it feels. Granted there is plenty of corporate messaging within. However, through several very intentional components, you get a corporate message that resonates and makes the reader take note. 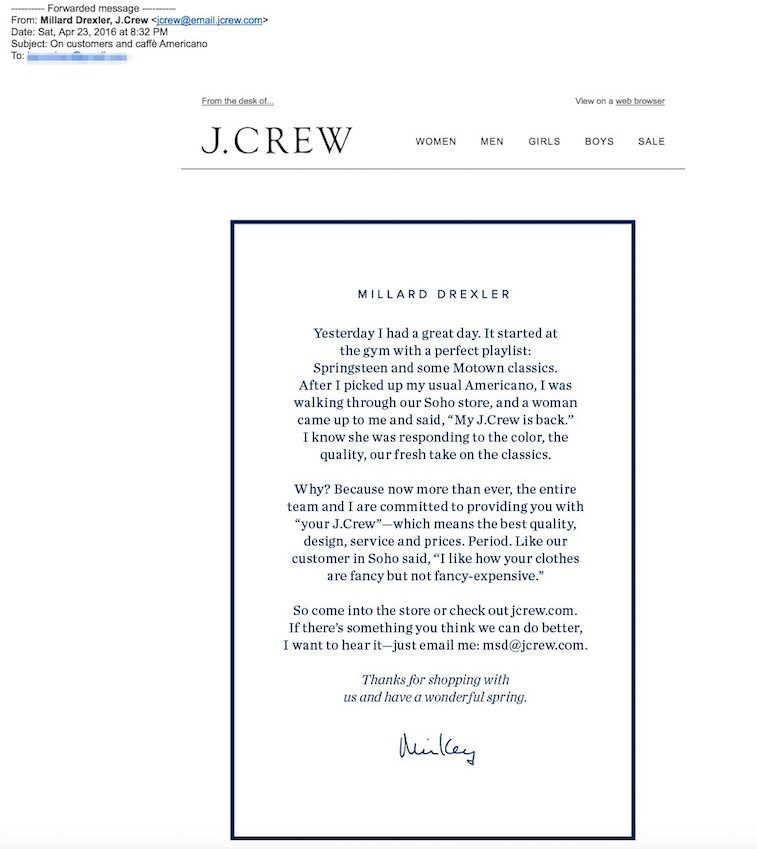 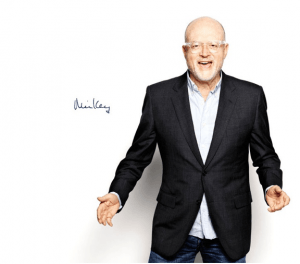 What did Mickey Drexler do in this letter that is worthy of note for others who would like to engage their customer base?

It’s a wonderfully crafted note and is leaps and bounds ahead of what the vast majority of CEOs (of large publicly traded companies) are prepared to do: expose themselves. I sent an email to Mickey’s address to see how they handled the direct approach and asked if he’d join me on the podcast. An assistant replied on his behalf within a day (but declined the offer).

Naturally, the emails that this provoked would be managed by his team. That would be the only feasible method.

How I’d go even further…

Meanwhile, there are a couple of improvements I might have recommended:

In any event, it’s a worthy effort by this CEO, one by which other leaders should get inspired. Of course, it means finding one’s own voice, linking the message to be in line with the brand’s strategic imperative and, finally, taking a more-or-less measured risk to expose one’s inner self.

We’ll see if Mickey and his team also respond to this blog post!

*Since I didn’t receive this email personally (found a good connection on Linkedin, thanks Jaron). You can also read up more via Eliza Brooke’s (@eliza_pb) article in Racked.