Everyone’s inbox is stuffed with untold amounts of spammy, scammy and risky emails. As we all continue to struggle to keep up with the communications coming in from all angles, even the most digitally savvy are not immune. Under the onslaught, we might sometimes mistakenly open a dangerous phishing mail. To combat our growing level of awareness, the level of sophistication of the scammers is having to increase.

Recently, I received a message from my friend, Tom, saying that he had a shared dropbox file for me. It looked official enough, coming from his gmail account and including a Dropbox-looking environment. 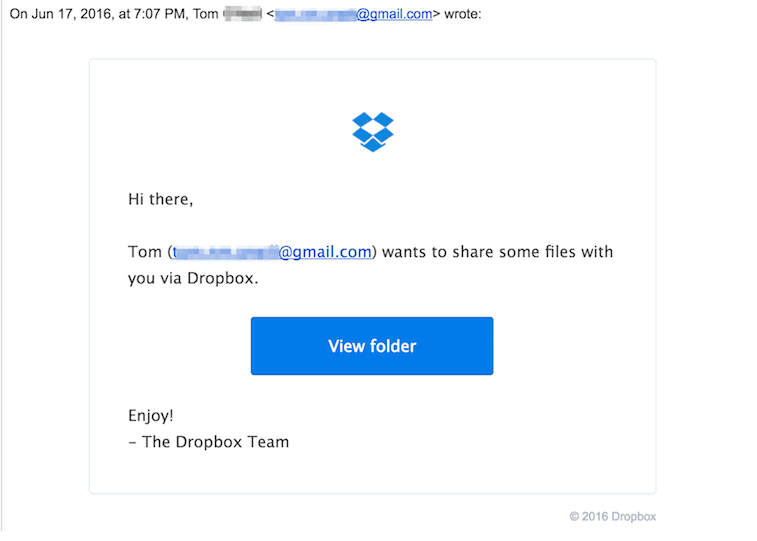 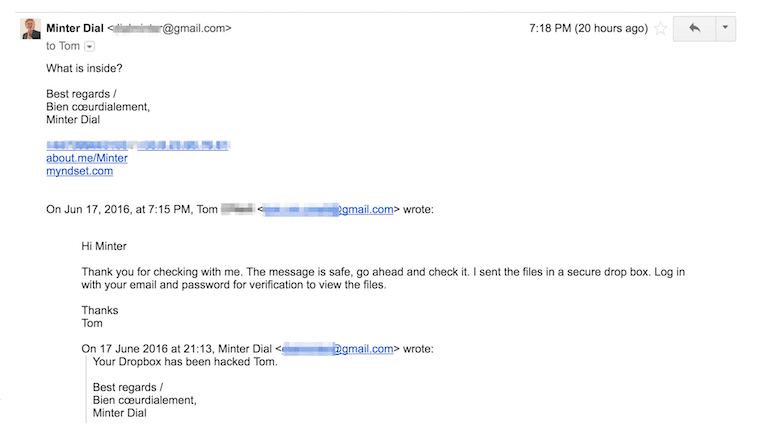 Tom’s reply came back very quickly which caught me a little off guard with its personalized information — and without the usual telltale spelling mistakes. I wrote back to the hacker/scammer and checked in as to the content, seeing if I could stir one more response. At this point, I was more than a little leery since I know that Tom would not write such instructions.

A little while later, I received a distressed text (SMS) message from Tom, confirming my suspicions. His email had indeed been hacked.

A few lessons to be learned:

Thanks to share this with your friends and network. We need to continue to upgrade our level of knowledge and awareness to fend off these miserable scammers and spammers.