How often do you find you have to mind the gap?

For example, sometimes, you might say one thing but actually mean another. It’s just a normal part of daily life. Of course, the gap can be a question of language, an honest mistake, a rushed phrase, an element taken out of context… At other times, the gap is more voluntary. It can happen when you think out loud or share your “true” thoughts with someone closer to you, but say something else to another person with whom you are less friendly, for instance. We’ve all done it to varying degrees. 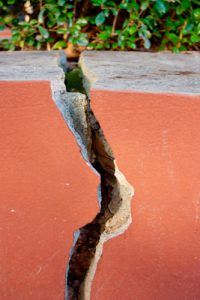 At the end of the day, the gap between what you say and what you think or between what you say and what you mean is supremely important. I believe that the more frequently there is a gap between reflection and expression or between intention and action, the greater the risk of disorder and/or entropy. And this is becoming even more important in today’s world where digital tools and internet are bringing those gaps to the surface. Hence, a greater interest in transparency.

Companies or executives that speak out of either sides of their mouths because they are trying to placate different constituencies (much like politicians do), may very well end up in trouble. The powers of the Internet have made such duplicity easier to uncover.

The diplomatic answer (one side)

To a recent proposal I made to speak about my new book and film at an event at my alma mater, I received a response that, on the face of it, was a graceful brushing off:

“Congratulations on completing the book and the film, it looks like a  very impressive achievement on your part… [O]ur experience is that events with a relatively focused subject, such as this one, do not draw a significant number of people…”

The real sentiment (the other side … of the gap)

That same person unwittingly sent me his true thoughts about my proposal a week earlier. The intended receiver was actually a colleague at his association. He forgot to check the destination address. This email was distinctly clearer:

“Personally I do not find [the story] very interesting. It is not necessary to accept all propositions. I think it’s better to propose dinners that are interesting. I get the impression that he only speaks of a personal story…  If you do not find it interesting either, I will invent some excuse or other: I will copy the style of [the prior president] to give such excuses…

So, I don’t want to sound like sour grapes, because I certainly only want to speak at events where there is an “interested” audience. The real point is that in the digital world, there are many ways that you can be outted for your true opinion, true values and manners.

Mind the gap at all times…

On balance, it’s better to be upfront and sincere, rather than platitudinous and fake. And, the error is doubly dangerous if you commit your real thoughts to some form of media that records your thoughts (ie. an email or a voicemail). In the final analysis, you also want to be careful about how you use your tools and to whom you send your communications. You never how they might be misconstrued!