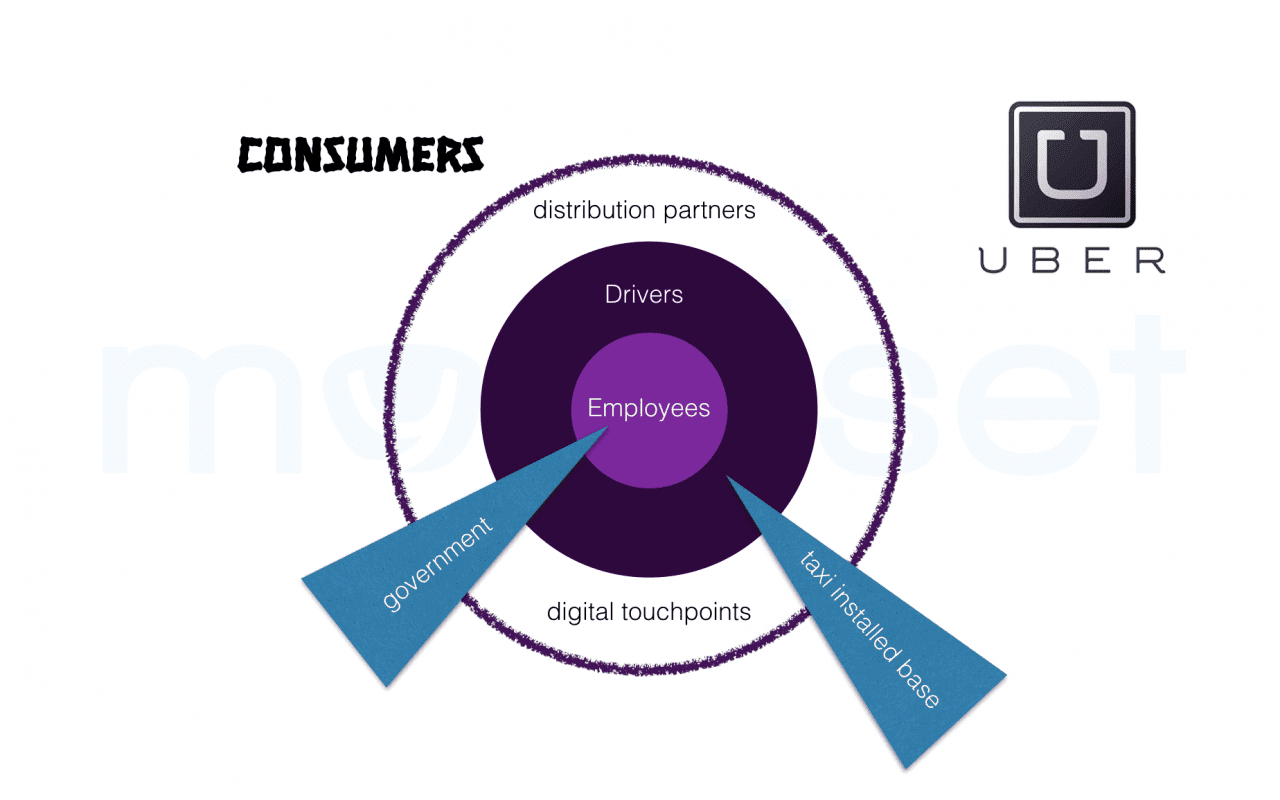 Did you notice how Uber has been in the press a lot over the summer? It just seems to be a magnet for media attention. This is partly because of its tendentious ethics, partly because of the huge numbers bandied around ($66B valuation, $1.3B quarterly loss…); but, also because of the sheer exemplary disruptive force Uber is/has been to society, cities, governments and the transportation business. The other more intuitive reason for this attention is what I call the Uber Paradox.

If Uber is regularly in the news, it may well have to do with the contradictory forces driving the company. Click To Tweet There are a number of outstanding paradoxes in the Uber case:

There is no seeming end to the amount of disruption that Uber has created. It is a force with which to be reckoned by many different sectors and companies. But, I do feel that there is a fundamental flaw in the Uber model: how it treats its drivers. As amazing as the service is for the consumer, its branding is still fluid in my eyes because of the driver base. In my definition of strong branding, the #1 fans have to be, above all, the employees. It sounds obvious, but the power of the brand emanates from the epicentre. 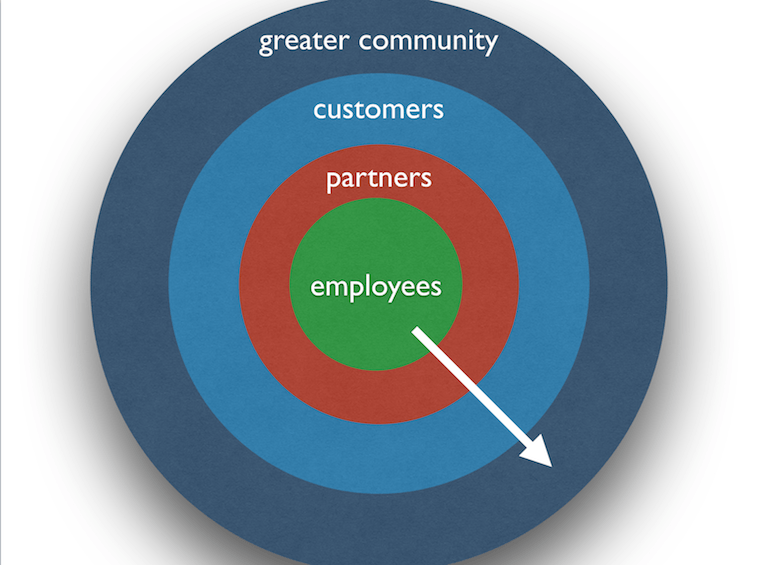 At the core of the brand, the values and passion must be most intense. As you move toward the outer circles, the intensity necessarily wanes. For Uber, its drivers are part of the key partners and are the incarnation of the brand on a daily basis.

When I ran Redken (part of the L’Oreal Group), where we were selling haircare and colour to and through hairdressers, I felt that the order of importance was very clearly:

This is easier said than done in a large organization with shared services and employees. But it was our vision. 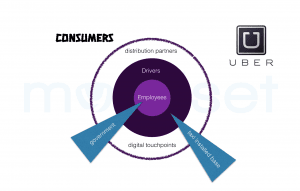 For Uber, similarly, the core brand starts on the inside and radiates outward:

In the case of Uber, the second most important constituency is its driver pool. The distinguishing feature is how one’s values and livelihood are tied up with the brand. How concentrated are the values and how are they experienced by the inner core? And for Uber, there are certain external incursions that include the disrupted community of taxi drivers as well as the legislative arm of the government. To the extent the taxis operate on a local basis and in a very fragmented manner, Uber has the advantage of scale. On the other hand, it is having to manage the turf warfare in every city in which it operates; and each city has its own issues, culture and regulations. 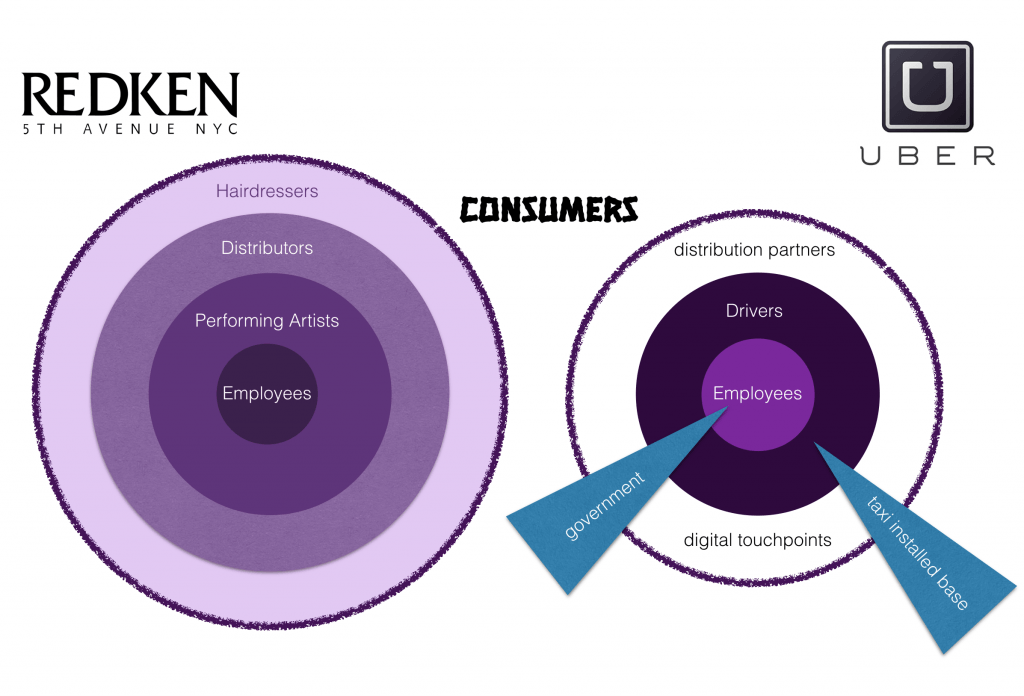 For Uber, part of the challenge is also resident in the fact that the Uber drivers are not exclusive to Uber. They are free to work with whomever they want. And moving from one company to another is as simple as opening up a new app (as opposed to changing each salon customer’s hair colour recipe for Redken). For Uber, its priority must be on securing the brand image and experience at the driver level. Click To Tweet

The saying goes: “If you love someone, set them free.” And, if your customer [driver] has the freedom of choice [which they do], they need to be coddled and nurtured in order to feel the love and wish to stay with Uber.

Of course, each company in each industry must finds its path. When I look at how important branding is to the long-term health of a company, the way that the brand is lived from the inside-out is absolutely and phenomenally important.

#Branding starts on the inside and must be most intense at the core. #Uber Click To Tweet

Your comments and thoughts are welcome as ever!

*After I left, the L’Oreal USA business purchased its biggest distributor, which happened to be the largest Redken distributor. I would maintain that the reason they purchased the Redken network was exactly because of the above philosophy.