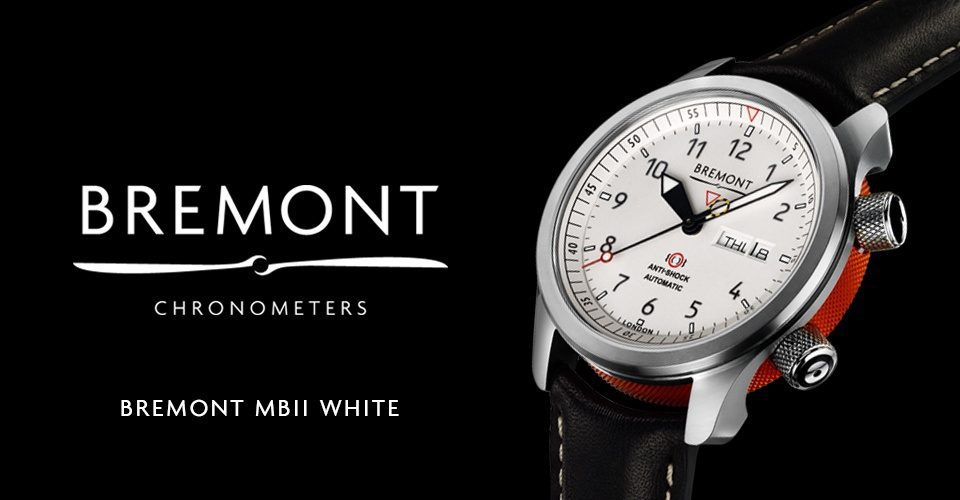 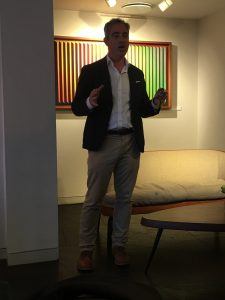 I attended a delightful breakfast session, at Hay Hill Mayfair hosted by LikeMinds’ Drew Ellis, featuring Giles English, co-founder of the British luxury watch brand, Bremont. Started in 2002, the mission of the company is to bring back high-end watchmaking to Britain. In 1800, “half of the watches sold in the world were made in Britain.” Then, little by little, luxury watchmaking migrated to Switzerland to disappear completely from Britain.

Giles’ ability to weave personal stories, the ups and downs and anecdotes of his own journey into his presentation was absolutely gripping. Delivered with sincerity and a light touch dry humour, the room was hanging on his every word. Even if it is young, the Bremont brand is bathed in history and stories. From the heritage of his father, Euan English, and the calamity of a flying accident (in a World War II-vintage Harvard aircraft) that killed his father and badly injured brother Nick (March 1995), the calling to do something meaningful was born. In his chat, Giles delivered ten really powerful and transmissible ideas.

How to build a luxury brand from scratch?

1. Take it slowly. The first watch took five years to come out, including a delicate selection of partners, the design and fabrication. Clearly, Bremont has a long-term vision.

3. Don’t rely on 3rd party distributors. In bad times, they will abandon you on a dime. Bremont has endeavoured to build its own retail network, to avoid relying on distributors and to control its own destiny.

4. Grow deep per country. The brand has about half of its sales in Britain. But, if they are available in 10 countries in total, they have focused largely on the US as a second hub. Don’t spread yourself too thin!

5. When the main industry players go one way, you need to go the other. Click To Tweet Giles talked about getting product placement in the Kingsman film — with limited series, custom-designed watches for the characters — which henceforth quickly became a crowded and expensive space as the competitors rushed to copy them. The ‘first mover’ advantage was key to getting a good deal.

6. Control the message. In PR, make sure that you provide your agents of communication with your message, your story. Don't just send yet another pitch for yet another watch. #PRlesson Click To Tweet

7. Find partners with mutually compatible and complementary vocations. Bremont has organised fulfilling relationships with great British brands such as Norton (motorcycle), Jaguar and Martin Baker (ejection seats). No Swiss watchmaker would find such a fit.

8. As the business scales, be sure to review and parse carefully your early team who might have been best equipped for the start-up phase, but are less appropriate as the business grows bigger.

9. “Don’t lose yourself in accessories.” Unlike many of its large luxury competitors, Bremont has chosen not to broaden its offering beyond a few cufflinks (with their expertise in steel) or wallets (leather). Giles made reference to an important survey they launched with their customers that helped to guide them in their strategic choices. NB Listen to your customer for direction, even when you're a luxury brand. Click To Tweet

10. Social media has been a great vehicle for Bremont as a smaller brand; but, one must not forget that half of the luxury customers aren’t on social. Check #MyBremont for a nice collection of watches on their owner.

Today, Bremont sells between 8-10,000 watches annually, enough to make it the twelfth biggest chronometer-tested watchmaker in the world (see the COSC standard). Yet, for such an enterprise, the company needs to be at least 6x bigger to warrant its investments and ambition. For now, it must continue to grow with an even keel to match production limitations, but not become so big as to lose itself.

Surely both Mr Andre Bremont (the farmer in whose pea field the brothers landed and provided the brand name) and father, Euan, would be proud of where this company is and where it is heading.