In the film business, it’s well-known that documentaries are no way to make money. Furthermore, a short film is not only near impossible to make money with, it’s very difficult to distribute, too. Then why, might you ask, would anyone want to make a short documentary? Double trouble. Good question!

Making and Distributing A Short Film… is hard work

In 2016, I produced a short documentary, The Last Ring Home. It’s a 26-minute film (and book) that took 25 years of research and cost of wad of cash. In the good news column, the film has been selected at many film festivals and won a handful of awards. It’s even gained national TV distribution in the US (PBS) and Australia/NZ (History Channel). On the bad news front, predictably, revenues have been exceedingly slim. So, why bother?

Why do a short film? 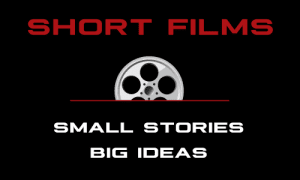 Well, I have some (but not all the) answers. First, it’s the journey that counts. The making of film has been epic and rewarding on a personal level. On this measure alone, it has been worth it. However, the real payback has been in the screening events that I have hosted. Over the past 4 months, I have attended approximately 50 screenings of my film in four countries, to a total of 5000 people. Virtually all of these have involved some kind of speech/Q&A and, almost systematically, there has been at least a couple of people who have come to me with their own personal story and/or how the story moved them. In essence, these events have become experiences for those who come. The short film format lends itself to being a central jewel to an event, but allows for time to converse around it. In today’s video-logged environment where attention spans are said to be ever shorter, people are quick to become impatient with a film that is too long. Moreover, after spending 2 hours watching a film, we rarely seem to have the time to sit and chat about the film afterwards before we have to rush off to our next appointment. In essence, the short film is a great way to stimulate debate and, because of its brevity, is perfectly designed to encourage and allow time for debate and conversation. Perfect for educational purposes. But also for creating conversations about meaningful topics!

What short films have you seen that would make a great conversation starter? Please add in a comment about film(s) you would love to see and discuss with others!

P.S. If you would like to see my film, please contact the program manager at your local PBS station to see if they will play it (starting in May 2017).