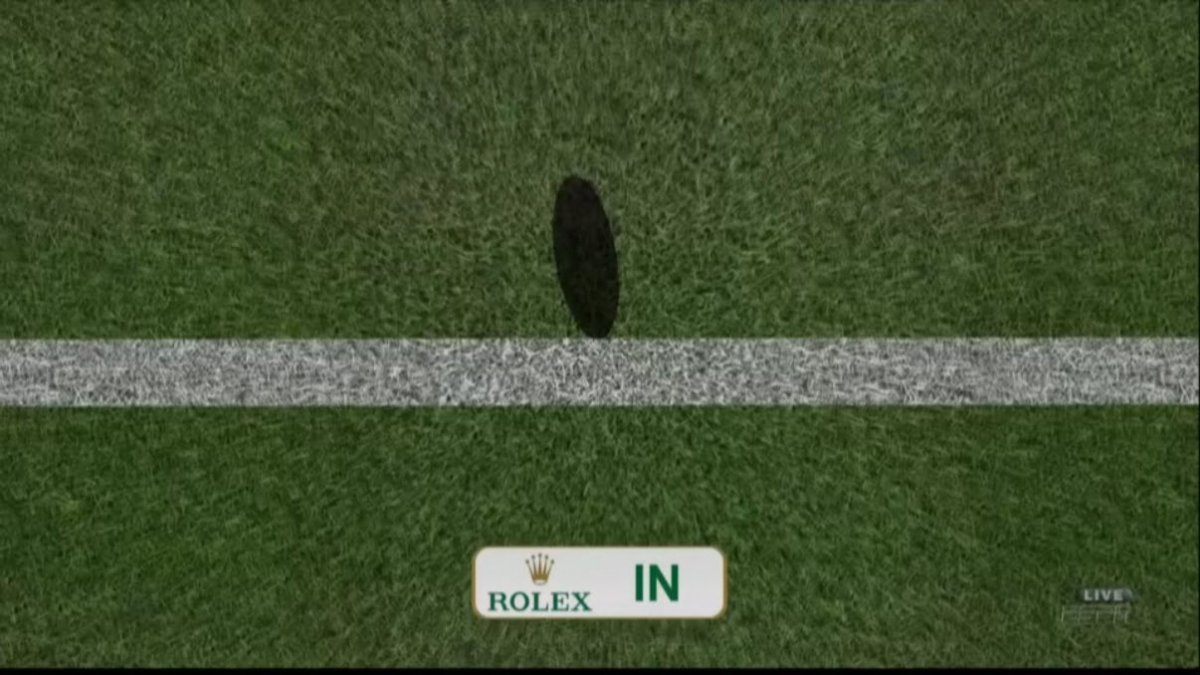 Last week, I wrote a post about my experience at the Wimbledon Championships 2017 with IBM and their data center. One of the questions I posed the IBM team was whether we could find and use data with a purpose? Specifically, I was hoping to find numbers that explain that being a good sport (e.g. on court etiquette), having good behavior (e.g. not smashing racquets) and doing away with silly superstitions might also enable good performance and victory. I basically came up with duds. However, one area of exploration was of interest: the challenge.

How The Challenge Works?

In modern professional tennis, players are allowed to make three incorrect challenges per set regarding line calls. If a player challenges the given line call, then Hawk-Eye is called into action to verify the flight and landing of the ball. If the player challenges a line call and is correct in overruling the line judge’s error, he/she retains the right to challenge. The now familiar routine of finger up, challenge, and then a zoom on the screen as Hawk-Eye shows the ball travelling digitally through the air, retracing the ball’s flight until it lands on the ground… The crowd holds its breath. Was it in or out? Gasp: IN by a hair. The player was right after all!

I asked the IBM team to extract the results for the 4 semi-finalists of the Gentlemen and Ladies singles. The results emphatically reaffirmed one point: the women challenge with greater success than the men. 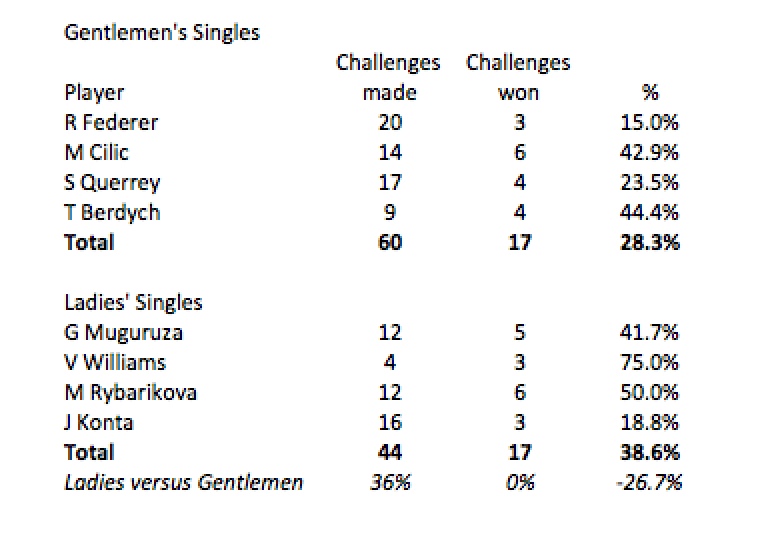 If the volume of challenges, therefore, is more or less in line with the volume of games, the striking difference is the higher accuracy of the final four Ladies at 38.6% versus the Gentlemen at 28.3%. And, as I noted in my last post, the women more generally outperformed the men. 3 of the 4 Ladies semifinalists were above average in their accuracy versus other ladies, while only 2/4 for the men did the same. It should be noted that, in aggregate, the eight semi-finalists played the same number of matches, however, since the men play best of five versus best of three for the women, so the total number of sets played was respectively 97 and 60.Thus, I discovered that the 4 Ladies (0.73 challenges per set) actually challenged more than the 4 Gentlemen (0.62). [Overall for Wimbledon 2017, the men played 1.2 more sets per match than the women.]

Why Do Women Challenge More Accurately?

This brings up the question of why the difference in women’s accurate challenges? I have two (unproven) suppositions.

What do you believe the reason could be?

Otherwise, from the data and the similar Challenge profile, one can possibly detect a similar strategy between Roger Federer and Jo Konta: call challenges heedless of whether they actually believe the call was wrong. They both challenged about once per set (respectively 0.95 and 1.o7) and scored in the teens in terms of accuracy, far below the average. I would tend to believe that, at least for having well observed Federer, it looks more like he uses the Challenges to have a pause and/or catch his breath.

Moral of the Story…?

What’s the moral of the story? Well, I am certainly not able to correlate challenges and accuracy therein with winning. Maybe the more interesting moral is, for leaders and entrepreneurs, to learn to challenge the engrained beliefs and experts, without fear of failure!