South By Southwest (SXSW) remains my highlight event of the year in terms of getting inspiration, meeting new people and checking out where the world is in regard to the digital/new tech revolution. And 2018 was another bonanza affair with its unique combination of tech, music and film. It was filled with the by-now-expected list of big names (Elon Musk, Sadiq Khan, Melinda Gates, Mark Hamill, aka Luke Skywalker, Khalid…) as well as hundreds of hard-to-choose-between sessions. There were also several surprise appearances and “mystery” sessions that did nothing to diminish the never-ending sense of FOMO.

Among the big recurring themes (outside of the tracks themselves), it’s clear that on the tech side, Artificial Intelligence was the dominant force. If the title of a session didn’t necessarily include AI, the topic would systematically come up one way or another. In terms of tracks and events, there were 22 sessions specifically dedicated to AI, as well as several peripheral events. Outside of the looming ethical questions, it was interesting to see how AI is being used in subjects and fields as different as solving hunger, medicine, space, fashion and design. It’s almost as if AI is the solution for everything… which it surely is not.

The second big theme I would call Human+Technology. At times, it was about the use of tech for humanity. At other times, it was about the combination of human and tech (for example, with AI). And, otherwise, it was often about how to insert human qualities, such as empathy, emotion and storytelling, into the brand’s marketing mix. 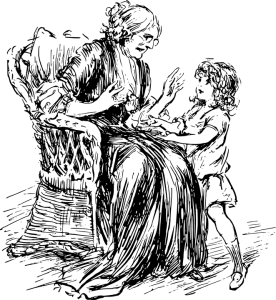 Drilling down into the topic of storytelling, naturally, it is an inherent part of SXSW by dint of the Film Festival. Officially, across the three festivals, there were 29 sessions with the word storytelling actually in the title. Of these, about 10 were about immersive storytelling, typically involving Virtual Reality. But if storytelling is all the rage for brands, it was also a topic for the NGOs, media and purpose-led organisations. In the session entitled, “Film and storytelling in a politically charged world,” Chris Albert, EVP of Global Communications at National Geographic, said that the documentary format has been gaining traction as some form of “truth” in a chaotic and fake-news environment. Albert talked about the rising interest in character-driven stories that are more human and relatable (as opposed, for example, to overtly retouched and fantastic stories).

Of the more interesting avenues of discussion was the use of technology as part of storytelling. Undoubtedly, data analytics and artificial intelligence are two major areas of ongoing exploration. There was a good deal of talk around the need for more and cleaner data to understand the audience, curate better stories, and craft more effective headlines. As was said repeatedly, data is the raw material for AI in storytelling. Yet the challenge is not just collecting it, but sorting through and making sense of the deluge of data. I note that data journalism was the headline topic in three separate sessions at this year’s SXSW.

Social media giveth and taketh away….

If there is still much exploration still be done in AI and big data, the new use cases of mobile and social media were also very much present in discussions. In his fireside chat with Sonya Gavankar (Newseum) entitled “Investigative Journalism in the Social Media Age,” Pulitzer Prize-winning David Fahrenthold (WaPo) asserted that social media gave him as much in one year as it took away from him the following year. Fahrenthold explained that the use of the crowd (essentially Twitter) to help source information in a timely manner was spectacular if entirely unpredictable and, therefore, not easily reproducible. Meanwhile, in a session entitled “The World in Your Pocket: How CNN & Great Big Story Go Mobile with Brand Storytelling” (featuring a Facebook marketing executive), we saw the importance of managing the story for the small screen and the role of social media within it.

Overall, the nature of storytelling and its role in society is clearly an important subject, especially in these politically charged and changing times. If it may be ironic that much of the conversation revolves around and is conducted through technology, the human component (emotion, empathy, learning and transmission) was very much present. But it doesn’t suffice to tell a great story. In an overcrowded market, the great storytellers not only have to weave their magic while accommodating the new technological opportunities, they also must find ways to seed and get their story heard. And, for this, the “easy” solutions remain at large.

Now in its 31st year, SXSW continues to thrive. If you have never been — and even if your interest is nominally in the Interactive part — please do consider making the trip and make sure to include sessions from the Music and Film Festivals, including attending some of the premieres and some of the great concerts on tap around town. Your storytelling prowess will be sure to evolve. Rendez vous March 8-17 2019!