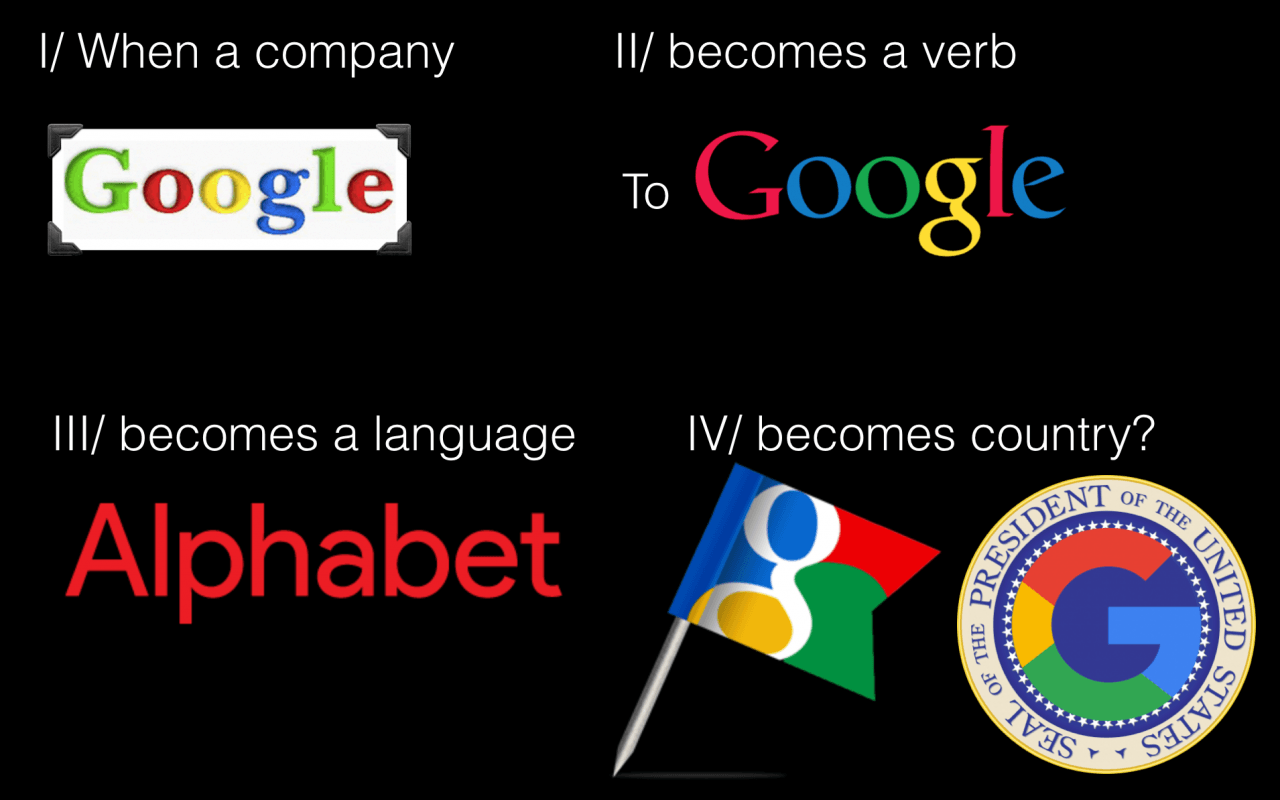 In a crowded world, companies of all sizes are having trouble standing out, much less carving out a territory. In a recent Duct Tape Marketing podcast, John Jantsch reiterated his long-employed tactic of “owning” a word. I fully subscribe. He talked about his owning, as a brand, the word “practical.” As he says, “as much as anything, it helps you from being a scattered brand.” One could say that Volvo owns the word ‘safety.” Nike owns the saying Just do it. Starbucks brought us Barista. Facebook owns the Like button. Apple is Think Different. At a higher level, though, there are the brands whose names become the category (Kleenex, Hoover, Xerox…).

If your brand became a verb?

I think it’s safe to say that Google owns ‘search;’ but it occurred to me that they may be in the process of taking the game to a whole other level… where they own a whole lot more. Google is not just a brand, it’s a frequently used verb (to Google) that has been absorbed by an alphabet… What next?  Does Alphabet becomes it’s own island or country? 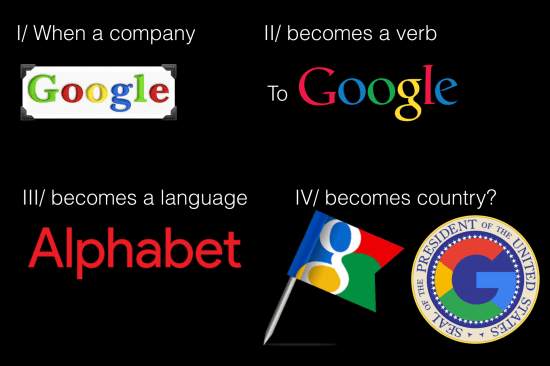 So, if your company or brand were to be a verb, what defining action would that be? Even if you’re a small player, you can still come up with a word that defines you. It needs to be authentic, but can also include intentional misspellings, for example. My first company was Myndset… and aside from a funky DJ, I owned that space. Now I own Minter Dial. Not quite as original.

And before you settle on that word, you’ll probably want to check out how Google treats your definition.