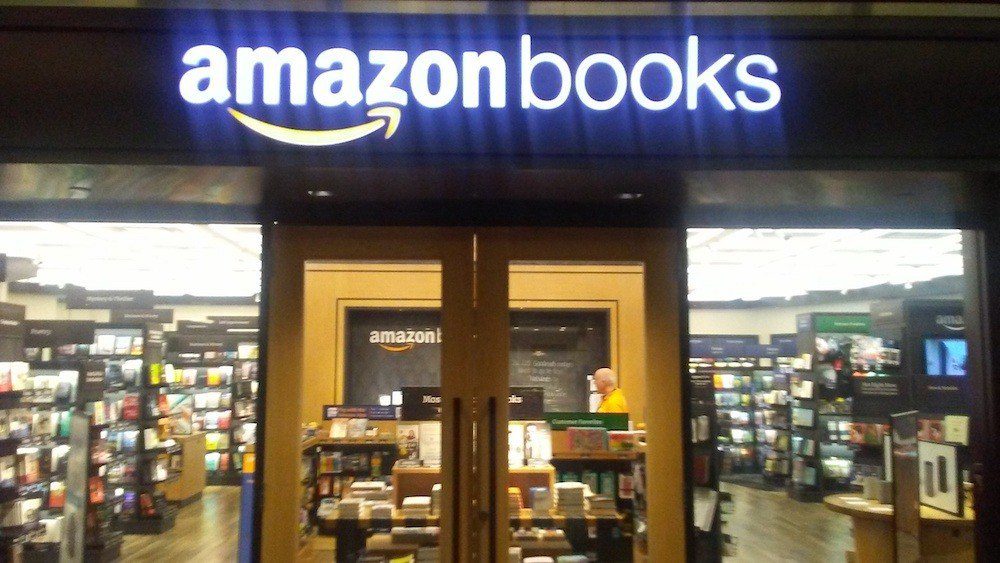 In New York, there are now two full-fledged Amazon Books stores, both of which were opened in 2017. I visited both sites, one at the Time Warner Center (Columbus Circle) and the other downtown (34th Street). I wanted to record my thoughts about the experience. Overall, I found the stores  charming, taking some of magic of the online world and bringing it to the offline store. That said, there were some things that could need to be improved as I will point out below.

To bring us up to date, Amazon has rapidly been turning to In Real Life (IRL) stores to complement its online behemoth business. Typically using its Seattle base as a testing ground, Amazon has been looking at various different ways to disrupt and tackle head-on IRL/brick & mortar retail. This includes 4 concepts:

If the base nature of Amazon Books is still about promoting sales of hard goods, Amazon’s concept has a number of features that sets it aside from a classic bookstore. The stores use different slices of data that is refreshingly different. The data from online is obviously voluminous, but they have diced it up to include localised and real-time information. As I mention below, I felt that there is certainly room for improvement to promote an even more disruptive experience. If I didn’t necessarily understand the layout of the store, I discovered new categories and “aisles” at every turn. Here are the types of end-caps and categories the Amazon Books store offers:

What I wasn’t able to verify is how up-to-date all the rankings and listings were, due in part to the old-fashioned printed shelf talkers.

While you might be used to finding two-tier pricing in certain drugstores — one for loyal customers and the other (higher) for the rest — it’s less common in other environments. For sure, it’s a prominent feature in the Amazon Books store. There are bar code readers dotted around the store asking “What’s Your Price?” As an Amazon Prime customer in the US, I was able to check out the pricing differential and was very gratified by the privileged pricing I received in the store. If I’m honest, it basically prompted me to buy more. Another thing I checked out was Amazon’s return policy. Returns and full refunds are ok for 30 days with a receipt. However, items bought online cannot be returned to the store. These still need to be treated through the online process.

The Commonalities in Amazon Retail

Between all the four different IRL Amazon retail initiatives listed above, there are a number of commonalities that I detected.

Opportunities for the Future

If there were many novel/innovative features in the Amazon Books store, I was still surprised, not to say disappointed, that they didn’t go even further. Here are some areas for improvement, in my opinion:

Overall, I do continue to fret about the long-term viability of an Amazon without Bezos (as I’ve written about in the past: What’s the Amazon Brand?), where a non-Bezos top management will inevitably fall prey to the wiles of short-term performance issues as well as other challenges such as employee engagement. However, clearly Amazon’s foray into the IRL retail store business will spell ever more trouble for independent and chain book stores, much less other retail sectors (watch out: grocers!). One of the biggest aha’s — insight provided by Martin Lindstrom — is that in the areas where Amazon is putting up its stores, its ONLINE sales are also improving. I don’t know the financials behind Amazon’s current retail activities, much of which will be cloaked and/or covered as an experiment, but one has to imagine that the real play will be in owning the BIGGEST data combined with the wallet (credit card information).