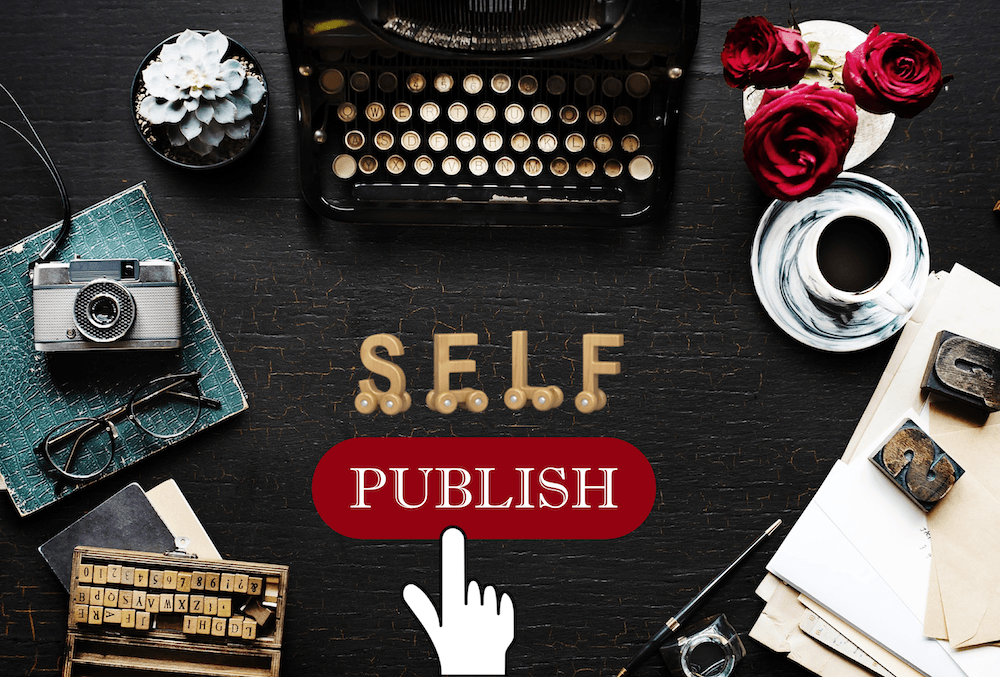 The prospects and possibilities of self-publishing are entirely fascinating. Now that I have written and published three different ways, I can conclusively say that none is perfect. And there’s no magic beyond hard work (and cash) in all cases. Moreover, I’m still trying to figure out how to become an international best seller.

My first book, The Last Ring Home, was self-published, but with a strong support team in the form of Page Two (whom I heartily recommend).With a concerted effort, we got the book out from start to finish in 11 months. My second, Futureproof, was published by Pearson (FT Imprint). This one took 22 months from start to finish, exactly double with Page Two. Then, this summer, I found myself with a gap in my agenda and a subsequent quandary: to pursue a publisher or to self-publish. Purely based on the timeline, I could not fathom the tortuous process of going after and agreeing with a publisher, much less the 2-year timeline. Moreover, since I conceived of the third one as a “mini-book,” I didn’t think I would need an editor. Thus, I went with the self-edit and self-publish route on Amazon. So, here are some of the lessons I’ve learned in self-publishing my latest “mini” book, Heartificial Empathy, Putting Heart into Business and Artificial Intelligence (it’s due out officially mid December).

I’m not going to describe the full process of how to self-publish on Amazon Kindle Direct Publishing (KDP), except to share a couple of key insights and share my experience with KDP’s customer service. For context, the Heartificial Empathy manuscript was a bit over 30,000 words. I had around 15 illustrations/images to include (N.B. These need to be made in 300 dpi). I wrote the text in Microsoft Word.

My HUGE disappointment in the process was with Amazon’s customer service. As much as Amazon’s B2C customer service experience is generally awesome (especially surprising considering the scale), the customer service on the author publishing side (Amazon.fr) has been darn near a catastrophe. I suffered through a series of failures, not least of which has been the inability to deliver my books on time for the launch in Paris. Here is how Amazon’s KDP customer service team came up short:

Whereas Amazon B2C customer service chat uses AI (“Sona”), the KDP customer service on Amazon.fr is 100% human (and I guess offshore). The coup de grâce, which entirely felled my experience, was the exchange I had with an agent called Rico, who promised that the book would be delivered on time. I include the verbatim of the chat (even though it’s in French) as it proves black on white that the agent in question clearly promised that the book would be printed and delivered on the Monday, that’s to say two days before the launch on the 14th. Rico’s key comments are highlighted. You can click on the image and zoom in for easier reading! 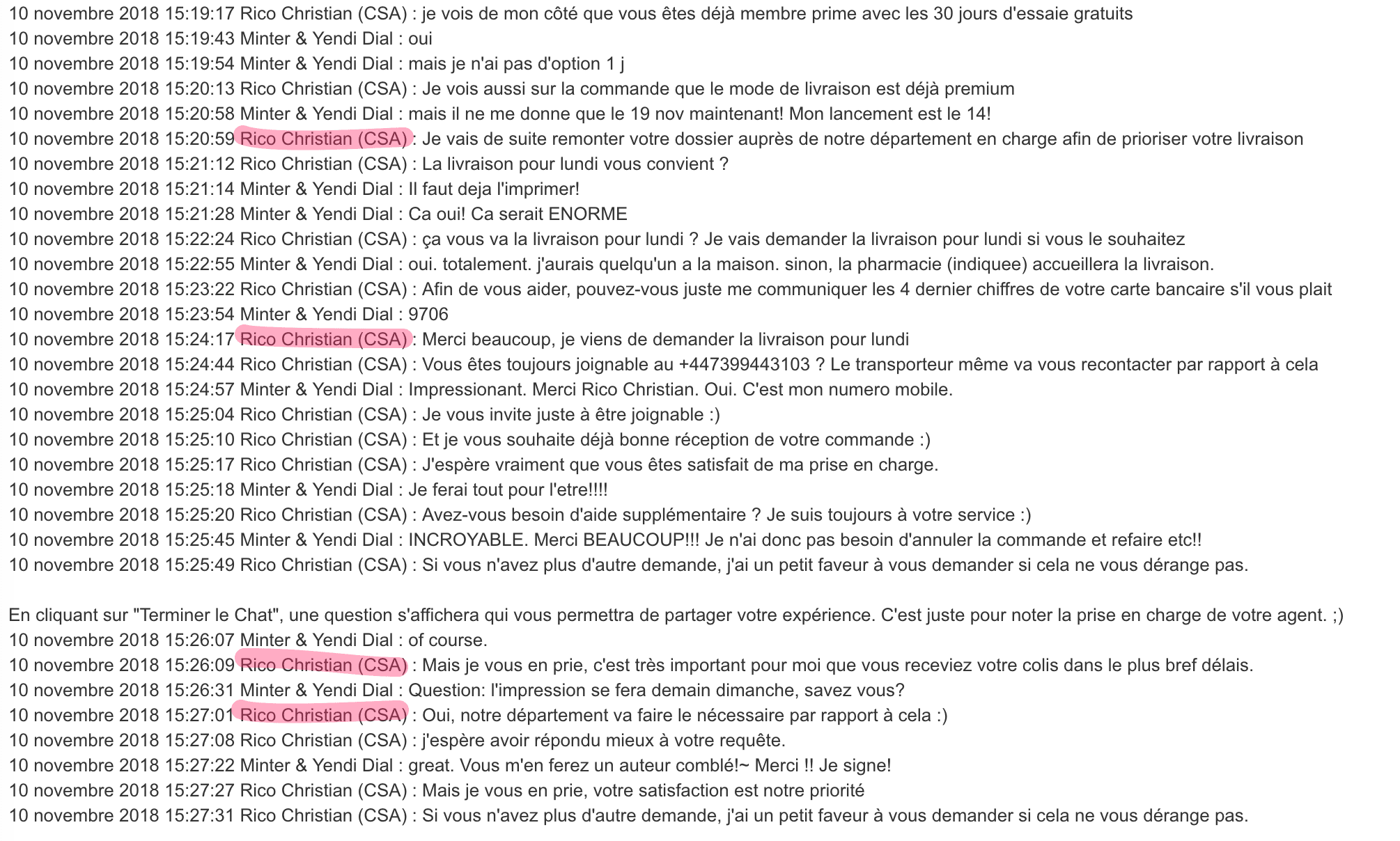 The incriminating part was that, as the conversation closed, Rico was ever so keen that I should rate him. My suspicion is that Rico was being pressured to increase his rating. Having made multiple assurances and promises to me, I of course rated him as superlative. Delighted, I then went ahead and booked the catering for my launch event. However, when I saw toward the end of the same day that the date on the Amazon system showed delivery on 16-19 November (i.e. 2-5 days after my launch event), I checked in again with Amazon Customer Service. Another agent then told me that the delivery could not be made as Rico had indicated. I was, therefore, quite disappointed.

The good news is that, as part of a transparent system, Amazon was good enough to send me the transparent of this famous Rico. As a result, I was able to verify what he had wrongly claimed. Of course, does that mean that Amazon will do anything for me? No. Meanwhile, it leaves me feeling that even the mighty Amazon still has room to go to become a truly customer centric organisation and that they clearly suffer from silos that don’t communicate with one another, just like most mortal companies.

Bottom line: The first time you self-publish, you’re bound to have teething problems.  I’d feel emboldened to try it again if I had the courage to write yet another book! Who knows. Meanwhile, here’s the listing of Heartificial Empathy on Amazon if you care to check it out.

If you’d like some advice or wish to start a conversation on the process of self-publishing through Amazon KDP, please drop in your thoughts and/or questions below!