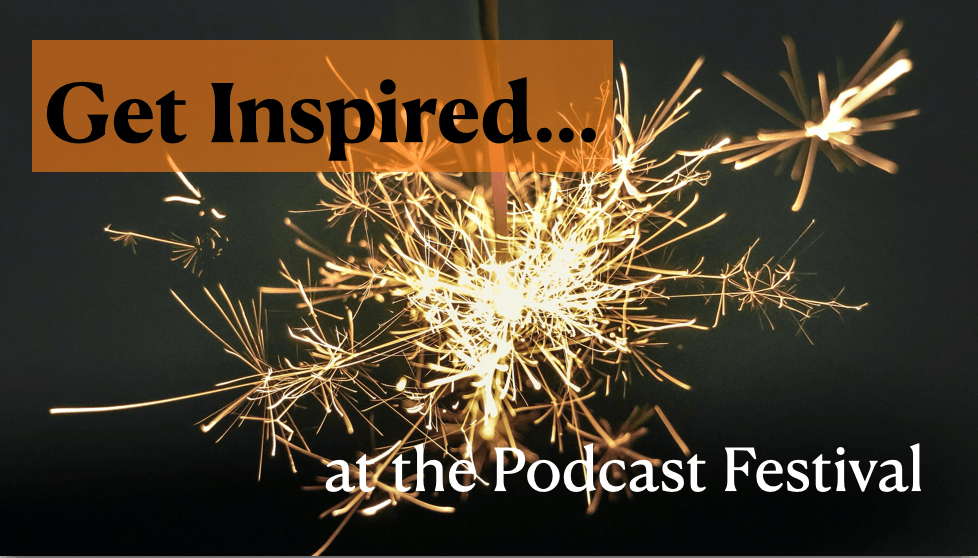 Whether you’re a newbie or veteran podcaster, doesn’t it seem like we could always learn more? If podcasting has been around as a term since 2004, it looks like 2020 may finally be the breakout year, thanks in part to the effects of the pandemic, but also with the heating up of the battle among the tech giants and some serious consolidation among the players, most recently concerning the announced deal by SiriusXM to buy Stitcher.

As a podcaster myself since 2010 (find it here), I know that I’ve been in a mode of constant learning. As the years have gone by, I’ve gradually improved my system and the tools I use. With roughly 500 episodes under the belt, it’s been a long road. Yet do I know that I still have lots to learn. New and improved tools keep on coming, too. One of the finest lessons I’ve learned in being involved in the Podcast Festival are the tips and tricks from other experienced podcasters. Even the biggest independent producers are still learning. Drew Ackerman, creator the Sleep With Me podcast put it best: “I’ve been bringing incremental improvements all along the way with the help of the feedback from my community.” At the first event we held on the theme of The Future of Podcasting, it was a joy to see newbies and veterans of podcasting exchanging in the networking sessions as well as with the speakers during the main stage sessions. For many, in fact, this was the highlight of the event: the opportunity to geek out with other podcasters about tech gear, learn some tips & tricks and get some good inside information.

Think through your ears

Another big aha came in listening to Dr Siobhán McHugh – producer of among other great shows The Last Voyage of the Pong Su and Phoebe’s Fall – who talked about thinking and experiencing through your ears. It’s a wonderfully intimate medium through which to tell stories, yet the way to craft an audio story is very different to, say, a film. As podcasting becomes more sophisticated, we’ll see production values improve not just in audio quality, but on the ways of telling stories through our little earbuds. We’ll also likely see a boom in creativity as storytellers from other media come to join in the podcasting movement, bringing with them other tools and crafts.

The world is… podcasting, too

By looking at other countries and cultures, we are beginning to see just how wide, diverse and agile podcasting is as a medium. There’s so much to learn on the technical side, but then there’s the whole publication, promotion and monetization side. So, it can be rather a daunting task to launch, much less grow a podcast. One of the markets to look out for is China. The podcast business in China at an estimated $7 billion dwarfs the size of the market in the west by a factor of 7x. That’s because the Chinese market conception is in fact more global (including knowledge ecommerce and audiobooks) and monetization has been built in from the very beginning. Chinese listeners use podcasting a value-added way to get ahead.

On setting up the Podcast Festival Live with my two cofounders Sam Sethi and Andrew Grill, I’ve been enthralled by the diversity of podcasters. Of the burgeoning meta trends I see, podcasters with a deep passion (and a cause or purpose) tend to have a stronger and loyal community of followers. In our upcoming event, Voices of the World on July 15, we have five very different cases of podcasters.

Voices of the World roster

We have George the Poet, who was just awarded a Peabody Prize, the first time a podcast outside of North America has won the prestigious award, with his Have you heard George’s podcast? George Mpanga uses cleverly crafted poetry to relate his messages. Lory Martinez, a Colombian-American living in Paris, is the creator of Mija Podcast where she uses measured local stories that she translates into multiple languages to get the message out beyond their borders. Her podcast is available in 3 languages and hit #1 in Fiction on Apple podcasts in both Spain and France. Amit Varma, the only journalist to win the prestigious Bastiat award twice, uses long-form interviews about local subjects and broadcasts in English for the Indian diaspora with his The Seen and the Unseen Podcast. Dan Snow brings the world of history to our ears through investigation and interviews on his marvellous HistoryHit podcast. And Ning Yan delights her audience with cultural stories on her A Thousand Whys podcast out of Beijing, China. And you’ll want to check out the entertaining opening act in the form of the Rockstar Activator, Tom Morley.

Check out our Podcast Festival!

As we know, there remain plenty of challenges and shortcomings in podcasting, including the notion of discovery, gaining distribution and making money. Attending the podcast festival is a great way to learn from the pros and from each other, discover other podcasts and the trends from around the world. We’ll be discussing all this and more, including the way podcasting differs from one country to another, at the upcoming Podcast Festival Live on the theme: Voices of the World.

As a kicker, our three sponsors have special offers for attendees. Descript, the leading editing and transcription service for podcasts, Simplecast (podcast management and analytics) are both offering two months free for all attendees (value of $68). Evergreen Podcasts is offering a complimentary audit to five lucky podcasters, whose value is $2500.

Come join us! You won’t be disappointed!