Got to love these ads by the French national train company SNCF. They have a web-based travel agency voyages-SNCF that is advertising travel (needing air) to certain worldwide destinations based on the names of certain French villages. The campaign first appeared last year, but it’s still fun to see. There are a series of them: 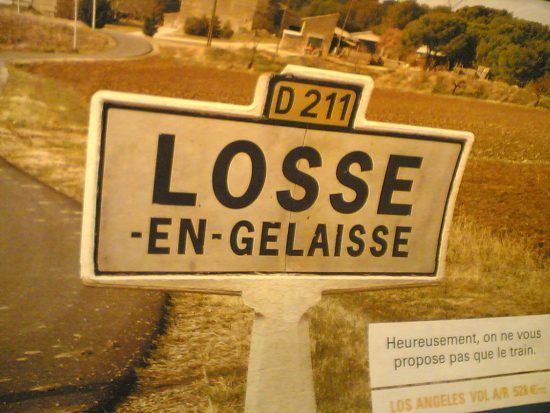 Photo credit for Losse-en-Gelaisse by Mathieu Thouvenin via Flickr:
https://creativecommons.org/licenses/by-nc-nd/2.0/