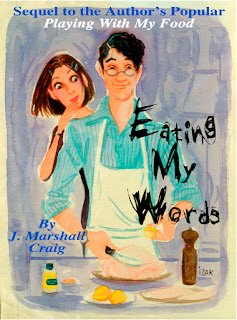 We consume words with our most precious resource: time. As such, we should be extremely watchful in its expenditure. Are you not tired of the deluge of words that gush out of some people’s mouths? Between formalities, small talk and thoughtlessness, a day can be spent in the total absence of substance. And on the Internet, content is far too often missing (or interactive) as well. There is email spam, hybrid spam in the form of forwarded messages/jokes, or just plain mails, empty of content (hi dude!). Twitter is mostly spam on dope.

Next are vapid blogs. Limited original content or personal diaries that don’t interest people beyond intimate friends and family (and even then…). You can search “went to see my shrink today” and score many 11 hits on blogs. Then comes Facebook. What or who is a “real” friend? The one that sends you vampire hugs and pokes or the one that doesn’t (and sends meaningful messages in lieu). I love parts of Facebook for getting me in touch with some old friends. But the proliferation of meaningless applications feels, but a worthwhile read on Facebook), scarily like spam. And I will only mention in passing the dry, uninteractive brand sites that are eye sores, crammed with one-way unauthentic information.

Given the chatter without content, sometimes silence is most welcome. Silence can say so much (like a post without comments?). The pregnant pause. The masterful stare. The whir of the wind. The density of thought. When will ESP hit the web?

Search engines and community based bookmarking and tagging services (such as del.ic.ious, digg it, etc.) are getting there, helping to refine the choice. But there is still a long way to go. Too little time and too much crud.

On another ‘note’, there is the regular, if not annoying, buzz and interruption of cell phones. Aside from the revealing or funny ring tone, the ring of the cell phone haunts our daily lives. The silence is invaded by cell phones ringing throughout presentations or killing the tension at a dramatic play…. I have come to appreciate the mute button on the cell phone. The silencing of a cell phone is sort of like a cell phone’s emasculation. Speaking of incoming calls, I am not a big fan of calls marked “private number.” While there are a few understandable instances, I tend not to reply to “private” numbers. Another way to keep me (and my cell phone) silent.

As I reflect further, without silence, one cannot listen. Without listening, there can be no peace (and if you listen to Nerd CEO, you will see the strength of silence in negotiation). And perhaps one could argue that there is no content without listening? If there is so little content, then maybe we should re-program ourselves to listen to silence. Everyday, I will dedicate ten minutes to being eyes shut, listening to the silence. My adaptation of yoga, I suppose. What about you?

Haven’t read Joseph Jaffe’s soon-to-be-released “Join the Conversation.” Here is how Joe’s book began… JTC Wiki… Due out Oct 21st you can pre-order on Amazon.com. But, clearly, IT is all about the Conversation, that which is meaningful.

This post was inspired after a little world-spanning chat with my true friend Alex. Thank you.