The Wisdom of Winnowing Words? 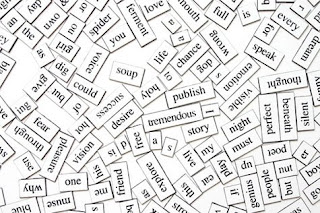 I have often read, with keen interest, about the addition of new words to a language, typically to French and English where I can gauge the novelty, meaning and importance of the word(s) in question. Last week, however, I came across a TIME magazine article (European edition, October 20, 2008), entitled “War of the Words,” that talked about the opposite: the culling of what are considered archaic words from the [Collins] dictionary. Here is the list of words that are under review [in England]… There are 24 such words up for axing, in order to make room for 2,000 new words (presumably that means that the new words have little in the way of derivative definitions and the archaisms fill up reams of pages?).

Apparently, there is an opportunity for some words to “fight for their lives” by being used six times in an authentic “quality” fashion in the next few months (death knell is February 2009). My post here will not constitute an effort to “save” any of these words, but I find some of the words on the block (that may not have been around the block enough?) rather charming. From the list of 24, here is my selection of words that I would consider keeping:

Apodeictic: Unquestionably true by virtue of demonstration(and a good one for spelling tests)
Caducity: Perishableness (surely a necessary word for the Sustainable Developers?)
Fatidical: Prophetic (since vaticinate, meaning prophesy, is also up for damnation, I conclude that being prophetic/forward thinking is in trouble?)
Fubsy: Squat (to be come up with a sequel to Bugsy Malone)
Griseous: Somewhat grey (for those who can’t ever make up their mind?)
Muliebrity: The condition of being a woman (love this one, a sequel for André Malraux)
Olid: Foul-smelling (so close to fetid, and living in cities we’ll need lots of adjectives on smell)

Apparently, embrangle (to confuse or entangle) garnered the most support through a London Times survey. This Times Online article uses all the words, more or less, in context. You can read more from VisualThesaurus. But, while the announced intention to cull these words has received so much press, I am inclined to say that it is the addition of 2,000 more new words that is fascinating. With so many lesser languages dying every year, the addition of new words to English is a sign of a vibrant, dynamic language. Making space by cutting 24 words (or less as the case may be) is basically irrelevant, especially in the virtual era, where paperbound dictionaries will become less and less printed, much less interesting (lack of Random Access Memory, etc.).

What do you think? Should words make exits or not?