I have spent the morning looking at and rating two different “community” sites with different concepts: Bootb and Pratiks, with proof that not all sites are created equal. 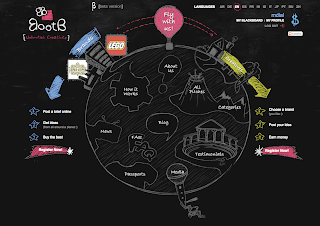 I discovered a new concept in the Internet world which appeals to me no end. It is called BootB, for Be Out of the Box. Available in 12 languages at launch (officially launched November 2007, but went “live” during 2008) Bootb it is still just in the beta phase. With several big name clients and plenty of media coverage around the world (LCI TV in France, WSJ, Guardian and more), I have to believe we are on to something here. BootB is a perfect example of “crowdsourcing.” Pier Ludovico Bancale, CEO and Founder, has pulled together a pool of some 10,000 creatives around the world who are there to submit their creative executions to briefs put up by companies who are looking for quicker and cheaper alternatives to the traditional Agencies. The minimum price is $1000 and the creator of the winning submission gets 80% of the earnings. I have not tried my hand yet on a brief, but in the era of collaborative, open innovation, BootB has a fun design and several success stories in its pocket already. Here’s how it works. As the site says, BootB is the Republic of Unlimited Creativity… the world is your [creative] oyster at BootB.

One annoyance for BootB: the sign up is particularly painful to navigate (scroll doesn’t work, small text, odd calendar system) and, worse yet, the sign up information isn’t rolled over into your profile, so you get to do it twice. 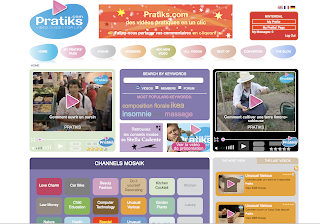 The second site I have come across is called Pratiks.com, available in English/French/German. Pratiks is a site collating consumer generated video guides for life. The idea is for consumers to post their “how to” videos regarding practical parts of life. In the channel mosaic, you will find a number of chapters, most of which are as yet empty of content: Love Charm, Car Bike, Beauty Fashion, Kitchen Cocktail, Do It Yourself Decorating, Law Money, Practical Life and more. In Beauty Fashion, for example, you can find an amateur video for how to do a chignon or how to apply a lipstick – seems to be aiming at the teenager. In Law Money, meanwhile, you find topics such as death & succession as well as divorce (neither of which has found any takers, duh). In “Unusual Hobbies,” you find such unusual hobbies as football (single most popular game in the world), bicycling, golf and tennis… When there are videos, they are virtually all in French, making the English and German flags a case of oversale. And, without even waiting for further content to be posted, I cannot state that I believe this site will not last long. YouTube and its peers have sufficient search functionality to allow to find videos on how to play many pieces of music, play cricket or just have a laugh… things that pratiks can’t do. Then again, I did get a laugh out of the poor quality of some of the videos.

One final annoyance, the English site is riddled with errors in English. Just on the English language Profile page, it writes “CONGRATULATION MINTER” and “Invit your friends”. A bit sloppy. And some of the text has yet to be translated from the French.

Pratiks FINAL RATING 1* out of 5