Modern life is, at best, complex

and, at worst, horribly wasteful and confusing. I am galled by the number of chargers that I must pack with me when I travel with my various electronics. On any given holidays, I will leave with the iPod, the blackberry, the Bluetooth earpiece, the laptop, electric razor, and the camera… And my wife will bring her palm pilot and phone to add two more to the mix. Each requires a specific and, typically, different recharger (such as different voltage requirements and different attachment), taking up a sizeable portion of my suitcase. It’s a wonder my carry-on isn’t always opened at the x-ray machine.

On another level, I have observed the wildly confusing marketing claims for the duration of laptop batteries. And, going even further, of course, we have the outrageously confusing and mostly misleading eco “green” claims, all too frequently a version of greenwashing.

With a shake of the magic wand, would it not be more sensible for us to have a single charger with variable voltage, a battery life upon which one could rely and a confidence to say that the eco-savings into which one bought are true? In any event, a standardization and convergence on these elements of life in 2010 might go some way to improving my quality of life.

If we take the case of the longevity of laptop batteries, as an IHT article, “Warning: Stated battery life may have no relation to reality” (June 25, 2009), states, you can find wildly varying performances that systematically disappoint. Standardisation as to how long the battery lasts has been created for cameras and (increasingly) for cell phones. However, for laptops, the game remains confused and the consumer remains a frustrated, if not deceived, individual. The current MobileMark® 2007 tests are inadequate and unrealistic. Furthermore, the way to “optimize” the battery’s longevity seems to be fraught with grandma’s tales and urban myths (charge fully, then use the first time until it drains is all I know).

In terms of green claims, it strikes me that the various industry associations have been slow to react. Certain NGOs have attempted to identify green dilution and misleading communications. However, industry would be better off defining the rules of the game rather than letting the well-intentioned NGOs doing so; at the very least, industry and NGO should be collaborating together. 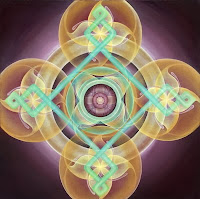 The more I look at the panoply of brands, the breadth of products and the multiplicity of claims, I continue to see the need for a greater collaboration and “higher level” convergence between industrialists. Such collaboration should not hurt the consumer. Indeed, it should go beyond, even protecting the paying consumer (and such an objective would be honourable enough). If industrialists were able to find common grounds of collaboration – and I am not meaning collusion — this collaboration would be in the best interests of that industry, presumably, enabling it to help enlarge its pie – the sector’s market share.

So, while my inner liberal self might wish to rebel against rules and standards, might feel oppressed by communistic convergence, and certainly would be wary of secretive collusion, I am inclined to believe that the consumer and industry would benefit by figuring out some standard conventions. Of course, not everyone benefits and some would win more than others. The company around whose convention the rest rally will certainly have a first movers’ advantage. But, by clearing up the immense confusion and latent frustration, companies may again go some way to regaining the confidence and trust that consumers seem to have lost, at least in part, in corporate claims and, more broadly, in brands. And by having just one multi-unit charger and a reliable battery life for my laptop, I will certainly travel lighter and better. Of course, I still have to fret about the different electrical plugs. But, that’s another battle altogether.