How does a small business figure out its internet strategy without the services of a big agency?  This is the typical question for the owner of (very) small business.  The internet is daunting for many, but not for all, especially if you are an optimist at heart and are willing to experiment as is Mrs. Françoise Lahaye, this engaged woman entrepreneur I met recently. 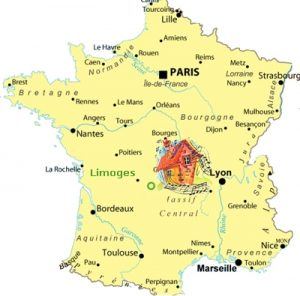 Ranch des Lacs in the heart of the Limousin

After a family holiday at Le Ranch Des Lacs, a cute little B&B out in the hicks of the Haute Vienne, Limousin (87),  I had time to discuss with Françoise Lahaye, the owner, about her marketing strategy and, more specifically, her digital strategy.  Even for a smalltime business, the biggest question is no longer IF or WHY they should be on the Internet; the question now is WHAT, HOW and HOW MUCH.  The biggest issue for her is that the choices are just too vast for the small business. Which is the right platform, the best bang for the time spent (not just the buck)?  She spends an impressive 2 hours per day on the PC.

The way I see it, Mrs Lahaye’s strategy can be broken down into three parts: (1) she works with one webmaster for her website for four years and then goes back out to competition.  (2) She experiments willingly on other sites, letting her curiosity work its magic on the internet.  (3) She believes in the Internet — she began her site in 1996 — and understands that [hard] work will pay off over time.

For this particular spot, Le Ranch des Lacs, which was opened in 1994, their internet site is well referenced with the top 3 results on Google for “Ranch des Lacs”.  They are on TripAdvisor, Facebook and Twitter as well as a number of other social sites for restaurants (e.g. directoresto.fr) and have a virtual Guest Book with 31 inscriptions to-date.  Kudos already for this.  As for initiative on Facebook and the other sites, I was particularly impressed that she accepted that FB may yet be ephemeral; yet she has invested time in creating a fan page and continues to provide status updates.  As she says, there is little to lose in doing for her.  (a) it is [still] free; (b) it is wildly popular and international; (c) it has a participative platform allowing her to keep a beat on the pulse. Moreover, if FB were to disappear, it would not be massively worse than the ephemeral nature of a 30-second radio ad or an ad in GEO magazine — although there is the question of losing your hard-built community. 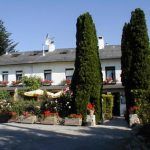 With the mainstreaming of geo-Localisation services such as TellMeWhere (DisMoiOu in French) and Foursquare (and Facebook Places tomorrow), the Ranch des Lacs is now plugged in there as well.

What is going to make for the success of a small business online are three things:

Smaller companies can indeed find ways to carve out an audience and make their impression on the net.  Mrs Lahaye’s efforts will surely pay off, particularly since Le Ranch des Lacs provides a particularly good service and value for money.  In the end of the day, good business is good for business.