If Twitter continues to build its base and has rejigged its web interface, I do get the feeling that Twitter usage is evolving as more people get the hang of it.  There are now some 145 million registered ‘users’ of Twitter (via The NextWeb), but the number of active users is more likely to be around 50 million per Jesse Stay of SocialToo. What are the trends that I see happening in Twitterville?

As for the new Twitter interface, it would seem that it is a strong improvement over the former version.  Still, if I find it a positive step, first I still prefer the variety of functions available on Tweetdeck.  Secondly, not a minor detail in my mind, the functionality on Twitter for retweeting remains a bit too rigid (you still don’t have the option to edit the RT!). Mashable is conducting a survey on the level of satisfaction with the new Twitter interface.  Here are the results thus far (as of this morning). 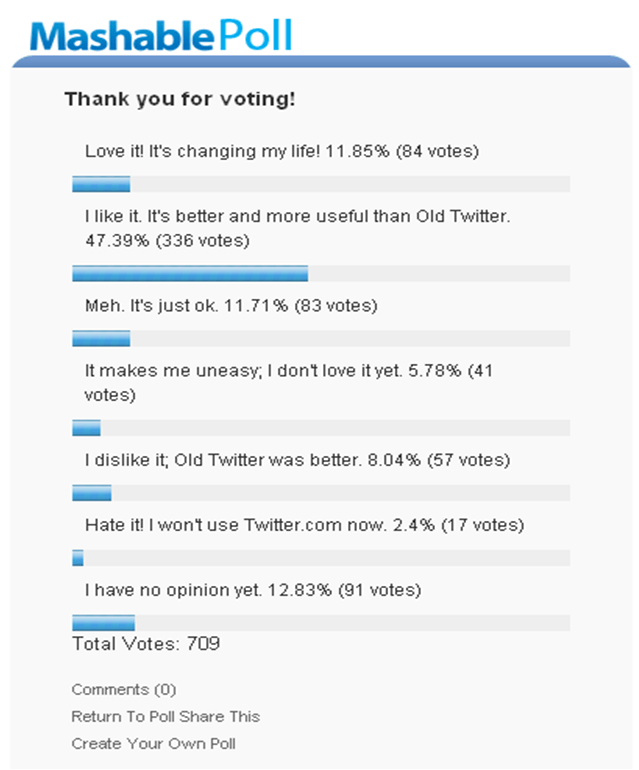 So, people seem to appreciate the new Twitter.  Where do you prefer to use Twitter? Comments very welcome!