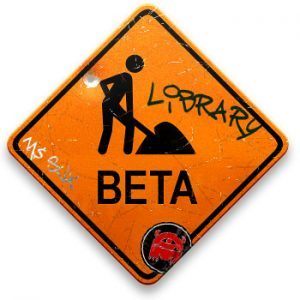 One of the most revolutionary marketing tools to come to the surface recently is the beta launch.  Essentially, a product is “pre-launched” as a beta version and, as a consequence, errors are to be anticipated and feedback is openly accepted.   It is a great tactic, borne of the software industry (mentality), which carries with it no deadline.  A product can remain in beta phase eternally.  In fact, a beta launch could be just another way of involving the consumer and inviting constant feedback.  Indeed, some products never make it out of the beta phase.

I believe there is something to be learned for all companies.  Taking a page out of Google’s strategy, it is all about launch and iterate.  Launch, learn & improve.  In this vein, I would like to suggest that companies learn to adopt the beta myndset.  What does this entail?

A beta myndset is a whole new way of thinking for most companies, which are organized around production schedules and a certain inflexibility when it comes to customer feedback. I believe that it is an extremely attractive and alternative way of launching — clearly not for everyone.

What do you think of the beta myndset? Know of any companies that have adopted this as a strategy?