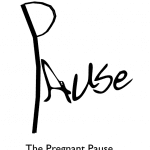 Whether a comedian, teacher or an orator, there is no doubt that silence is a powerful tool. Its use must be used with discretion and timing is primordial. It can be learned and, hopefully, be mastered.  But, is this also the case in digital marketing?

Too often, we choose not to be silent, preferring to fill the void, fearing an emptiness. What provokes us to continue speaking? In large part, it is a discomfort, a sense that we “must” speak up, most likely related to a lesser sense of confidence. In part, it also reflects our lesser ability to listen, to listen to the energy of the room, the breathing of your partner, the crash of the waves, the whir of the wind. It does sometimes take time.  But, in that space, the communication may be just as intense, if not greater, with the synapses experiencing free roam.

Marketers, like old fashioned salespeople, tend to prefer to speak (or broadcast), rather than listen. No wonder neither is trusted.  For all the interruptive marketing that has gone on for many decades, oddly enough many brands still have not grasped (not to mention mastered) the full opportunity that lies in digital media.  There is still a window of opportunity for brands to take to the social media airwaves before this media is — like others in the past — becomes overused and abused.

In social media, silence is a tricky notion.  First, social media is predominantly a personal space, so brands must tread with care.  Secondly, there is a lot of garbage out there.  Breaking through the noise is going to get harder and harder due to the unending proliferation of sites on the one hand and the centralization (read: monopolization) of the site traffic on the other (the top ten sites worldwide now garner 75% of the total traffic – source Compete.com). As a brand, speaking up is essentially a necessity. You need to take a position, express yourself. Silence for a brand in today’s social mediative world is almost tantamount to an avowal of failure.  Digital marketers need to craft their story, find their voice and hone their stage presence.

Of course, there are times when brands should not try to participate — for example, when the digital throngs are riled up in an unfriendly forum. Another example is when a brand does not have anything worthwhile to say or an equipped team to deliver the message.

The question might, then, be: is there an effective way of using silence in the digital marketing world?

In your opinion, is there such a thing as a powerful digital media silence?  When and how can the ‘real world’ power of silence be transferred (for a brand) to the social media space?