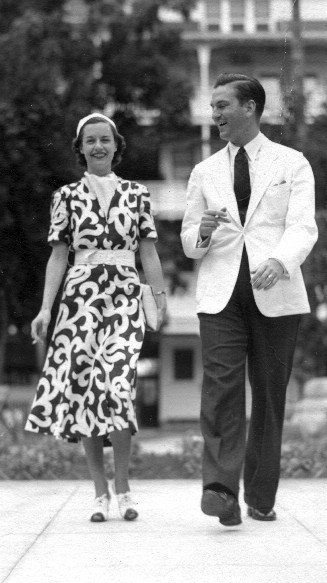 On March 21st, 2011, I celebrated with 70 other people around the world what would have been my grandfather’s 100th birthday.  Although my grandfather, after whom I was named, was killed December 15, 1944, I wanted to pay tribute to his life and to honor those men and women that suffered so much in World War II.  I did this combining the strength of my network and my passion for social media to create a unique social media experiment.

The concept:  A group effort — involving people around the world — to rewrite my grandfather’s last letter, which he had written 3 days before his death to his beloved wife, Lisa, my grandmother.  The letter was to be rewritten, one phrase at a time, over the 24 hours of March 21st.  Each person was given a 15-minute time slot and a specific phrase to post on my grandfather’s fan page on Facebook.  At midnight on the night of the 21st, if all went according to plan, the letter would be published on the wall, reading fluidly, in the right sequence, from top to bottom.  Here is the first page of the original letter.

The work: From conception to production, the whole experiment took 8 days.*  During that time, this is what I did in terms of communications to get the program set up.

Then came the day itself.  Up next: What happened, the results and lessons learned.  A second post will follow tomorrow.

And you can go to his Facebook fan page to see the actual result here (updated 21/3/14 for new Facebook settings – you will need to click 2011 and March to see the exact posts!)

*I must give due credit and thanks to my friend Marie-Laure Vie for giving me the initial idea.